Mexico City: Where your sanity is for sale, just like everything else. Chapter 1

A series of observations, short-stories and anecdotes found in a megalopolis where too many people live on a too small territory, like sardines in a capsule. Where noise pollution is perpetual and the term unexisting, traffic rules are obsolete rendering a pedestrian life worthless and pure madness rules the lives of the millions of ants swarming about in a giant volcanic crater that sustains the city. Indeed, insanity in excess. Here there’s no lack of inspiration. The observant eye saturates in this city that never sleeps.

It all starts in the city’s subway, ‘el Metro’. In a metropolis like Mexico City, where according to the latest figures published in 2009 a total of 8.84 million inhabitants was recorded, a well-oiled public transportation system is indispensable. As of this year, about 5 million citizens everyday use the extensive metro network that only runs throughout the metropolitan area. Many of them are people from outside of town who have to cover insane distances every single day to reach their work in time. Two-hour routes to and from are not rare. So to put it simply, there is a constant influx of passengers in subway stations who if not transported right away, a massive accumulation of impatient Mexicans fills both platforms and wagons. Therefore, a maximum waiting period of one or two minutes is no superfluous luxury. But anyway, the subway is a breeding-ground of peculiar odours, people from all social classes and manic vendors who even when the cars are jam-packed succeed in crawling through the almost homogenous mass of humans to sell their merchandise. And believe me, they are the sole responsibles for making a ride entertaining, which also means that reading or conversing pleasantly is out of the order.

“In fact, the metro is no more than a market on wheels.”

For me, coming from a country where silence and discretion on buses and trams are holy, where ill-clothed adolescents with too high self-esteem are stared to death when they play the latest discussable radio hits from their shiny cell phones, where the drivers call for calmness when their ears hurt from the noise. Public transport in Mexico is almost as entertaining as TV, if not better. And here in the Big City, that is no different. One after the other, men and women walk in and open their throat to yell out a memorized advertising text summing up the various characteristics of their products. It seems like all of them belong to a same company because they practically sell their products in a similar way. Only the product itself changes. And surprisingly, passengers actually buy from them. Of course now and them, however limited, you’ll see a musician or a whole band walking in to play a few tunes. Sometimes completely equipped with amplifier and microphone. In fact, the metro is no more than a market on wheels. A small choice selection of their merchandise: peanuts, Hershey’s chocolate bars, crossword puzzles, scissors, pens, booklets, refreshing throat pills, pirate movies, chewing gum, corn-made candy bars, etc. The most remarkable thing I’ve witnessed are those who sell mp3 CDs of various genres. They walk in with a fully working stereo in their backpack and wait until the metro starts riding to blast away random songs or so-called ‘intromixes’ extremely loud with the intention of catching the passengers’ attention. Just imagine standing there, minding your own business, when suddenly loud music combined with advertising roaring sounds from a guy’s backpack standing next to you. That scares the shit out of you! At least with me. Because when you look at fellow passengers, you’ll notice half a dozen people looking up and then skillfully ignore the racket. In short: you’re never bored.

Another classic stereotype that haunts the city is its horrendous traffic. Like I’ve mentioned before, Mexicans don’t know how to drive. I know. It’s an easy generalization of their driving skills. But once you walk around and try not be overrun by maniacal automobilists you’ll agree. Red lights unfortunately don’t per se mean it’s safe to cross the street. Once you don’t see cars moving in your direction you can almost safely walk till the other side. Spending only nine days in the center, I’ve caught a habit of looking at least two times in the direction of waiting cars to make sure the lights don’t suddenly switch to green. Seen that pedestrian lights are a rarity, that habit is not unnecessary. Subsequently, honking is the main source of the city’s noise pollution. Mexican automobilists will find any reason justified to honk their horns, causing a fragile soul to go insane in a matter of minutes. Be it a slow mover, a double-parked car, crossing pedestrians, an attractive woman on the sidewalk or even police officers trying their utmost best to guide traffic and people into safety. This starts pretty early in the morning and lasts well into the night. And the best part is, it’s absolutely useless. I think if automobilists were to realize that honking their horns eternally don’t actually make traffic move more efficiently, the city would be a much nicer place. But at the same time it would take away its ‘charm’.

“Citizens’ skin may have evolved into a stronger version able to shield of the burning rain.”

As a result of the enormous amount of vehicles bustling through the streets and giant factories who blatantly ignore ecologic measurements to contain their toxic excrements, a thick layer of smog hangs perpetually above the city. As an all-containing dome it perforates the citizens’ lungs who most likely have evolved into a superior type of respiratory organs capable of minimizing the hazardous effects. It is not necessary to stand at the city limits to notice the brownish cloud, instead just walking through streets is enough to inhale and actually see the foul air. Sometimes, when pollutants get trapped inside water droplets in clouds, acid rain falls down from the sky. That causes for example paintings and hieroglyphics of ancient monuments to disappear gradually. Not only that, just imagine walking to work and feeling your skin irritated as a result of polluted rain. But then again, citizens’ skin may have evolved into a stronger version able to shield of the burning rain.

Mexico City can be given several nicknames. In older times it used to be known as ‘La Ciudad de los Palacios’, or City of Palaces. That was in the 19th century, before the uncontrolled demographic expansion took place. Others, more ridiculous, are City of Hope and City in Movement. Mexicans living outside the capital refer it mockingly as ‘Chilangolandia’, derived from the pejorative nickname ‘Chilango’ given to the citizens. I, personally, like to call it City of Madness or Insanity. Every observation made constitutes that denomination. As I will post more, you’ll understand why. But the best name for the city is assigned by Manu Chao: El Hoyo. Literally meaning ‘The Hole’, it says exactly what it means. Mexico City rests upon a soft and inapt base what used to be Lake Texcoco, causing it to sink several centimeters each year. According to Mister Wiki the city has sunk up to nine meters. Besides that, it’s located in the Valley of Mexico, also known as the Basin of Mexico. Surroundings consist of mountains and volcanoes reaching heights of 5000 meters. That means all toxic fumes produced actually stays inside, hence the perpetual smog. With a bit of imagination, you can see the earth slowly swallowing the city into its wake while exhaust fumes suffocate its inhabitants. I know, it’s a pretty apocalyptic and depressing scenario I’ve drawn. So to alleviate the negative image, here’s the video of Manu Chao’s ‘El Hoyo’. A hymn to the insanity of La Ciudad De Mexico. Enjoy. 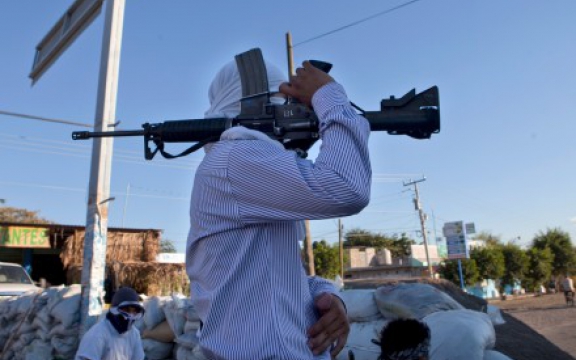 Mexico City: Where your sanity is for sale, just like everything else. Chapter 3

Mexico City: Where your sanity is for sale, just like everything else. Chapter 2