In his book “de vrolijke veganist” (transl: “the happy vegan”) Dutch philosopher Floris van den Berg holds a fierce plea for the abolition of animal slavery while undermining all the traditional arguments for eating meat in a powerful and coherent manner.

When you tell people you’re a vegetarian, (or even “worse” a vegan) they tend to react in two general ways. The first line of reaction is to become ironic. They make stupid jokes, such as “You know a carrot has feelings too?”, they make up thought experiments that are absurd, such as “If you would be on a deserted island with only a goat and a knife, would you eat meat?” or they just plainly try to make a fool of you: “oh look at me, I’m a vegan, I don’t eat meat, I’m a pussy. I probably don’t drink beer either. Oh golly, did my nail break?”. While this line of reaction is a discussion stopper and it tells you that the person or persons in question don’t even want to discuss the subject or to take some time to consider the arguments you have to offer, it gives something else away too. It gives away that people feel very deeply about the matter, and when you lay it out open and simple to them that animals suffer because of their ways of eating, that they have a personal responsibilty in this matter, they display these kinds of emotional reactions to take the pressure of the lid, metaphorically speaking.

The second line of reaction can be driven by an emotional impulse but is also partly based on incorrect information. When faced with one of those “annoying”, “preachy” vegans people tend to deny they’re doing anything wrong by eating meat and dairy products and they often start showering you with all kinds of arguments as to why eating meat isn’t such a bad thing. When you dig a little bit deeper they always turn out to have a lot of incorrect prejudice based opinions about eating animals, such as “a plant based diet isn’t healthy, we need milk and meat to be strong”. Which is false, of course.

However annoying these constant repetitions of the same argument to vegan can get, people that display these reactions are already a little bit further on the way to critically examining their eating habit. It’s a big jump from the first reaction (the conversation stopper) to the second one (“okay, let’s talk”, this one seems to state). “De vrolijke veganist” by Floris van den Berg explicitly targets this second kind of reaction, it wants to open a discussion with those at least prepared to think about it.

Well, if you’re a carnist, as psychologist and sociologist Melanie Joy calls meat eaters, and you are prepared to think and start reading this book with an open mind, it will change you life, I can assure you.

The ethical premisses of the book’s main defense of veganism are simple but unavoidable. Given that you 1) think suffering is bad (for yourself, for example) and 2) admit that animals can suffer (i.e. sentientism) you have to give up eating meat and drinking dairy. The ethical reasoning of the author is a bit more complex but this is the main line. His theories are grounded in the double tradition of utilitarian philosophy, with van den Berg quoting the famous line by Jeremy Bentham “can they suffer?”, and the Rawlsian perspective of contract theory. He offers a perspective on grounding the theory that is interesting, for the academic philosopher and the interested layman alike.

The second part of the book is comprised of a number of arguments against veganism that are commonly heard. The author compiled these arguments from personal discussions, out of literature on the subject and from the internet. Some of the arguments are stupid and very easy to refute, e.g. “Hitler was a vegetarian too”, others are a little bit more tricky, e.g. “why aren’t all eco-scientists vegetarians?”. But all of them are convincing and worked out well.

Being somebody who is convinced of the necessity to stop eating animals I can follow the author without restraint on most points, but I just have three little specks of criticism.

The first one is that the author places himself explicitly in a tradition of liberalism. While this as a ethico-political view does not seem to be entailing the economical perspective of neo-liberalism, it also clearly isn’t excluded by it. Part of the problem I see with today’s food habits, not only the eating meat part, but also f.e. the overconsumption of sugar, fat and salt, is a responsability of big food concerns and the governments that need to regulate them. More ethical regulation in a system in which companies are less keen to get all the profit they can, and hereby targetting vulnerable groups such as kids with their marketing, would be a giant leap ahead, also for the vegan cause. The author never gets into these things and that’s too bad.

My second point of criticism of this book is that the author seems to think that being an atheist is necessary for veganism. I am not convinced of this. While it is true that some organised religions, e.g. judaism and islam, have beliefs that lead to cruelty to animals this doesn’t seem to be an intrinsic or essential part of any of them. It is a good thing that the author condemns the practices of ritual slaughter but from this does not follow, as he claims, that the freedom of religion should be erased from the law. It is possible to have freedom of religion while cutting of the privileges of religion that have to do with harming human and non-human animals. A true liberal respects other people’s choices, even if they think they are irrational, as long as they don’t harm other people.

My third point of criticism is about the instrumentalizing of animals. Floris van den Berg is against using animals as a means and not as an end in themselves. For those familiar with the ethical thinking of Immanuel Kant this will sound very familiar. For the author this is an argument against having pets. While this view has some merit in itself, it doesn’t follow logically from the ethical premisses of the suffering of non-human animals and the duty to avoid this suffering. I think it is a metaphysical these that is very much an ad hoc construction, and that we could do without it. The problem with having pets is not that you instrumentalize a dog by keeping it. The real problem has two aspects to it. The first one is that the circumstances in which dogs are being bred and raised are often very bad. The second problem is that you can never be sure if a dog is happy as a pet, even if we try to do everything we can to make it happy. This second problem is of course even more true for wild animals, such as the recent documentary “Blackfish” about killer whales very clearly showed.

Apart from these three points it is an excellent solid book to read, and I recommend it to everyone brave enough to admit they are wrong and willing to change things for the better. I myself ate meat and drank dairy for more than 25 years, I am not perfect, not back then and not now. I’m just willing to take a good look at myself every once in a while so I can see who I am and who I want to be. I don’t want to be a killer, or someone who causes tremendous pain, just because I like to eat a steak or a burger every once in a while. It’s really that simple. 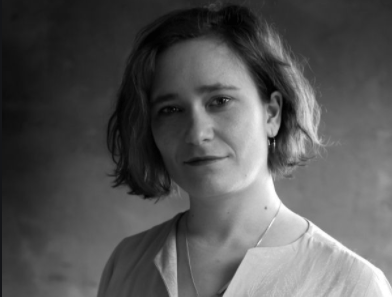 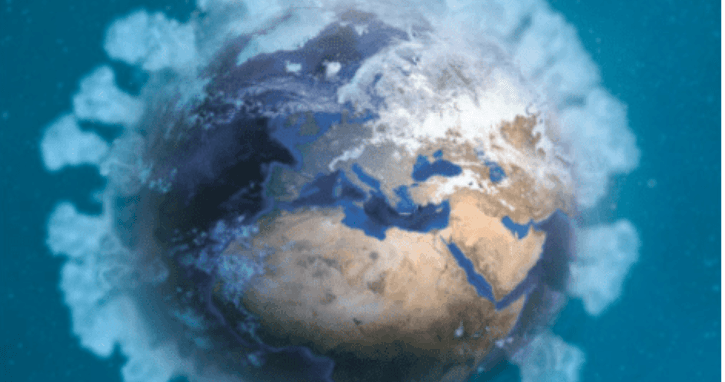 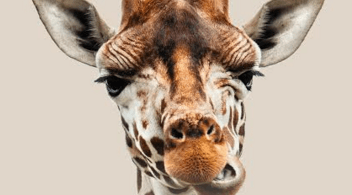 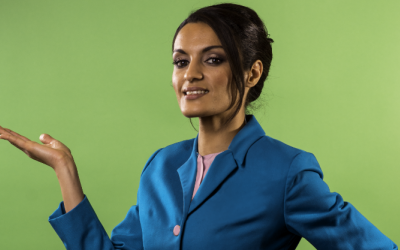 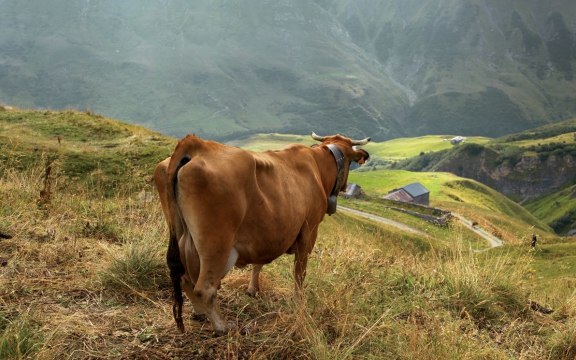