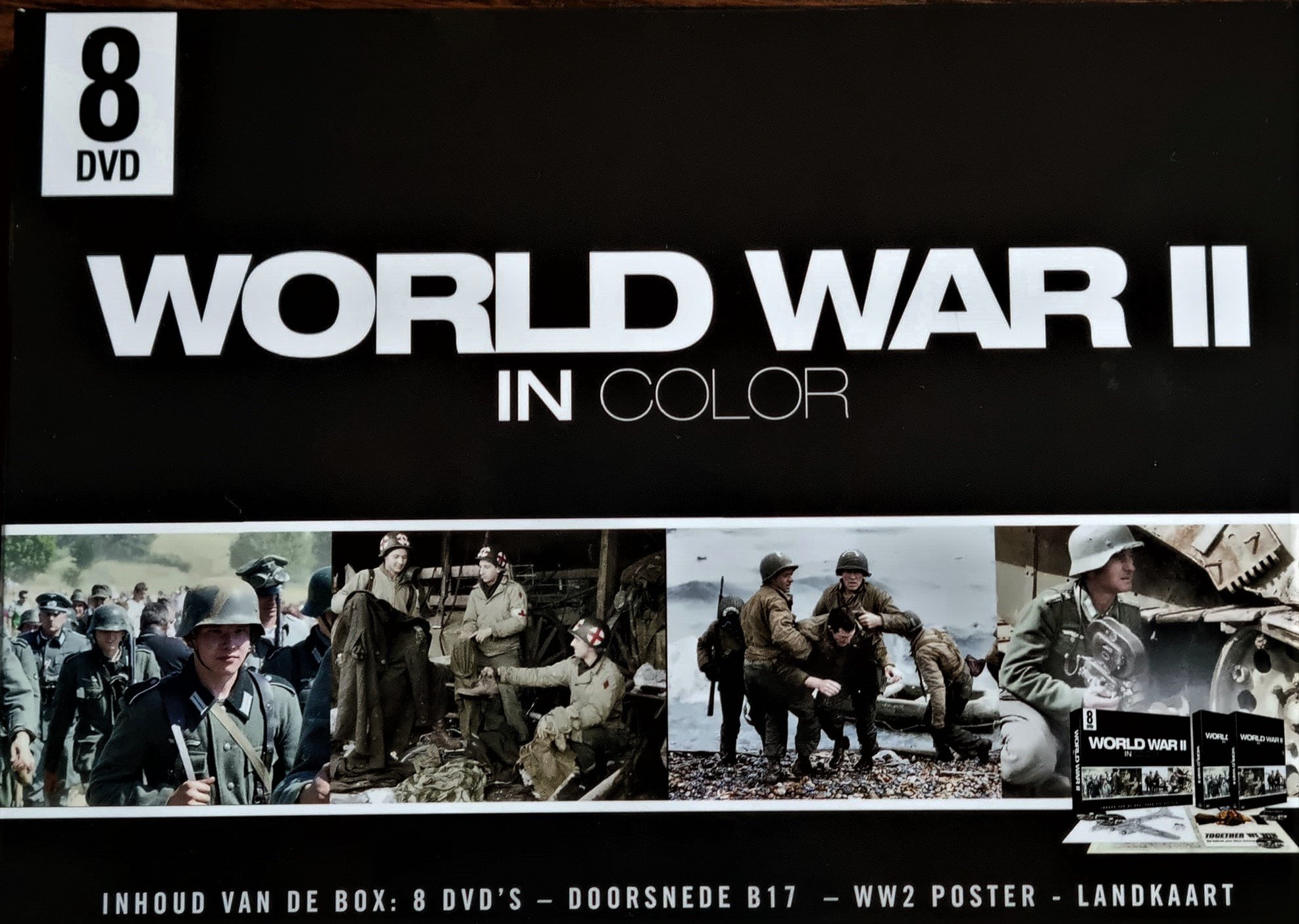 In the course of the research I have been undertaking since almost one year on World War II, I have acquaired the remarkable historic color movie series with spoken commentaries “World War II in Color”. It is made by the French Television TF1 with support of the EU. I watched for a start the two discs about “D-Day, the Sacrifice”. Gripping and captivating material this is! Other chapters include “The Life in the Third Reich”, “Kamikaze Pacific”, “Hitler’s Germany” , “The Last Year of Hitler” and “The capitulation”.  The images are accompanied by texts written by contemporary witnessess that are read aloud by fitting voices, male and female, with French, German accent or plain American/English. Authors include Churchill, Eisenhower, the British female chauffer of Eisenhower Kay, young and old citizens and soldiers of all rank. I recognized famous affirmations given in more elaborate manner in “D-Day”, the famous work by war historian Anthony Beevor. Like the anekdote about Sergeant Stanley Hollis, who earned the only Victoria Cross (the highest distinction for bravery in war) by his selfless bravery on that sixth of June on French soil in the advance struggle.

We learn another remarkable truth in Beevor’s books. What was the first thing a wounded front soldier would ask for when he was getting first aid from a medic? Not food. Not water. A sigaret! The hospics quickly learned their lesson. Sigarets were also lighter to carry than water.

The combination of images and World is cleverly and in a suggestive way done, adding life to the documentary. The texts add immensely to the unique footage and their meaning is significant for a large audience. Even if the noble and subtle person of Dwight “Ike” Eisenhower is presented in a somewhat profanised, irreverend way. The romance between the great general and his chauffer is a story worth telling alltogether, and it adds humanity in the othewise often dire history of the conquering of the Third Reich. The series of black and white images by the gifted and courageous war photographer Capa add to the artistic level of the story, and offer a moment of respite in the wave of successive impressive scenes.

All in all the scope and depth of the story the viewer receives, is neccesarily much less deepening and complete than the one the reader of the books on this war theater will offer. Still, the images and the story told are a most valuable addition for the person wishing to understand what the war has been about, what is is exactly that happened and to such a degree has shaped the characters and values of the two generations before today. We are talking about events that certainly influence life, wealth, freedom, politics and much more up to this day. During the viewing, I couldn’t but think back of the people that raised us in the seventies, and who would be over-awed to have acces to this exellent source of information and explanation.

Set of 8 dvd’s, a reproduction of a pilot’s map of London, the Channel and Northern France and a technical scetch of a B-47 Flying Fortress. Price 75 euro. 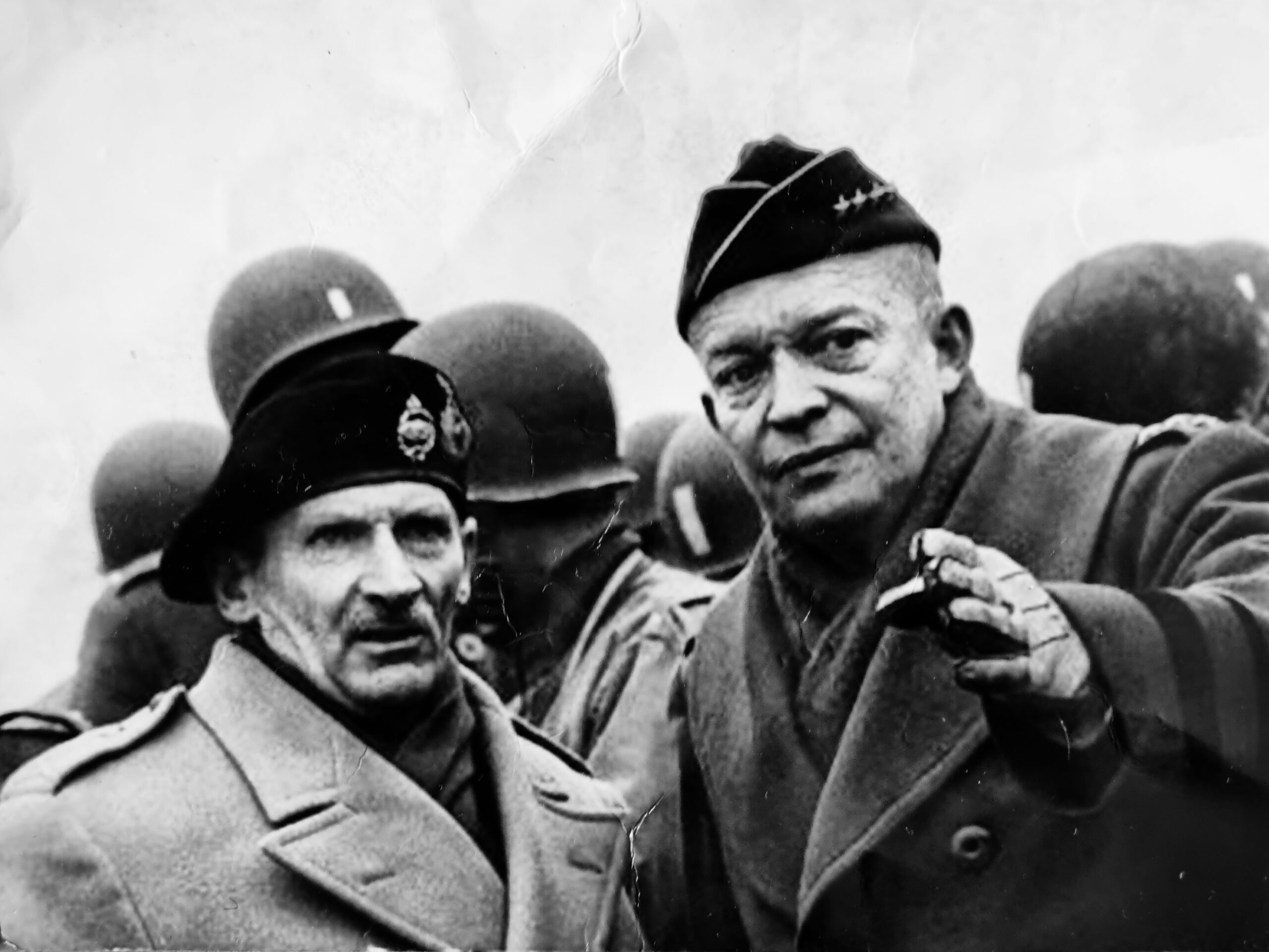