Let’s outlaw any form of deliberate violence and aggression

Let’s outlaw any form of deliberate violence and aggression

MeToo and Black lives matter. They are clear signals that it has to be over and done with border crossing behaviour. We have had it with racism and sexism. Stop the discrimination of women, the disabled, transgender people and people from other cultures. In this decade we have reached a tipping point. Finally, and quite rightly so. People are people, in all their rich diversity.

But is that enough? Are we sufficiently woke now? Is our indignation sincere enough? The answer is no. There are many other examples of unacceptable behaviour. Behaviour that goes beyond the limits of others. Behaviour we must stop.

We too are sometimes guilty of transgressive behaviour, often without realising it. Even if it is only by not paying attention to the injustice done to others. By consuming lavishly. By flying around the world without considering the environmental damage we cause and the greenhouse gases we generously disperse. Which do not only threaten our climate here. By thinking that technology and the next generations will solve the problem . By closing our eyes to other examples of injustice around us.

What to think about the Panama and Pandora papers? Or Big Pharma, Big Money and Big Tech? Meta and Amazon? Hedge funds, the military-industrial complex and the arms lobby. Piles of money gained on the expense of the broken backs of underpaid workers, migrants and the population in low-wage countries. Money that is siphoned off to the Virgin Islands and other shadowy money laundering addresses. In order to prevent this wealth from flowing back to the community through taxes. Fair and just? Transgressing moral boundaries? No doubt about it! Not only because the money is exported to tax havens, but even more so because it is ordinary people who are being cheated and exploited. Whose borders are easily stepped over.

Neoliberalism is undoubtedly to blame, with its relentless emphasis on deregulation. TINA (There is no alternative), remember? A neo-liberalism that is also neo-colonialism. The former colonies did become independent – at least in name – after years of organised looting by the colonial powers, but most of them ended up in a debt crisis. In order to pay off their debts, they had to hand their raw materials once again for nearly nothing to the powers that had become rich through colonisation. Which meant that the former colonies remained poor and powerless. That is what Johan Galtung calls structural violence. Less visible violence that confirms and reinforces inequality. For example, via a new Silk Road. Or the yawning hunger of multinationals. A respectable deal? In all senses of the word: border crossing injustice.

We often don’t realise, but words can be deadlier than poison. Verbal violence is just as much violence. It is often a stepping stone to physical violence. Hitler’s book ‘Mein Kampf’ and the treacherous propaganda of Joseph Goebbels paved the way for the Nazi atrocities and extermination camps. ‘Divide and rule!’ as the Romans knew already. Disinformation is a vicious but effective political weapon that has found a wide channel to turn people against each other in today’s social media. An overwhelming megaphone for unlimited deception and discord. If you honk a lie loudly and long enough, people will believe that it is the truth. An ‘alternative’ truth that, according to the twittering internet trolls, is suppressed by the ‘elite’ of politicians and scientists. Those who hear only one bell in the echo chamber of the great ‘truth’ provided by the ‘click’ promoting commercial algorithms of the social media, easily fall for Qanon and other conspiracy theories. How long will we go on tolerating this rape of the truth without holding the companies behind it accountable for the consequences of their policies? A line has clearly been crossed here.

People’s dissatisfaction with inequality and lack of participation is understandable and justified. Protesting is a democratic right. It keeps the rule of law awake. At least as long as it doesn’t get out of hand by ending in violence, riots and destruction. But hijacking that genuine frustration, exploiting ignorance and deliberately spreading fake news and hate speech to brainwash, whip up and manipulate people is not acceptable at all. The storming of the Capitol on 6 January 2021 would probably not have happened if self-made dictator Trump had not called for it.

But it also works in the other direction. Autocratic regimes that wish to eradicate all opposition make eager use of software such as Pegasus to suppress protests by spying on opponents and thus eliminating them. Many questionable rulers focus on persecuting or liquidating whistleblowers and journalists who bring their dark practices to light. The truth is often the first casualty that falls at the boundary between what is portrayed in official propaganda and what happens behind the scenes.

Power tends to be abusive

Perhaps it is time to interpret the concept of ‘transgression’ as what it essentially always is: transgression of power. Because in addition to Big Money and Big Tech, there is very often also Big Ego. Power is addictive. The powerful never have enough of it. It makes no difference whether that power is based on money, on weapons, on oppression or on insane self-conceit. There is always room for a little more. Those infected by delusions of power believe they can get away with it. Like “Grab ’em by the pussy” in MeToo situations. Buying a competitor or pricing him out of the market. Eliminating an opponent by force. Liquidating that troublesome Khashoggi. Who will stop me?

Right to use violence?

Here we come to the heart of the matter. The feeling of impunity among the powerful. The assumption that they can use or threaten with violence without backlash. The threat of an invasion by Putin when he encircled Ukraine. His twisted and rather unhinged speech, based on disputable historic arguments used to deny Ukraine the right to be an independent state. While in the same breath announcing he would send ‘peace troops’ into its territory. How fair is it when one man decides upon the lives of thousands? NATO was quick to threaten with strong reprisals. And to send troops and ammunition to neighbouring countries. But in fact both main players are to blame. The Russians by using and threatening with violence. NATO by refusing to include a ‘No First Use’ policy in their strategy. The principle of never deploying nuclear weapons first. Thus leaving the constant shadow of imminent nuclear annihilation hovering over humanity. All nuclear weapons states have so far refused to ratify the 2021 TPNW treaty (the nuclear weapons ban). This treaty explicitly states that not only the use of, but also the threat to use nuclear weapons is prohibited and therefore punishable. When will we finally become ‘woke’ in this respect as well?

What can we do to stop this form of literally border crossing behaviour? How long will it take before we decide that we no longer consider war and all kinds of violence to be ‘normal’? Violence that perpetuates inequality in the world and the reign of the ruling powers. The climate crisis can only be solved if we work together. All the money spent on weapons and warfare is wasted with regard to the much-needed adaptations to combat climate change. Isn’t it high time to blow the whistle on all those who use violence and bring them to justice? Let us make organised violence illegal and punishable. Someone who deliberately kills an other is called a murderer. Unless it is a soldier who does so. Then we call him a hero. The victim is no less dead though. After a war, it is usually the losers who have to go to ‘Nuremberg’. But the crimes committed by the winning side deserve the same treatment. Along with the arms companies that are to be held accountable for their deadly products. There is no justification for the use of force. A lasting peace cannot be achieved with a gun to the head.

Tolerance is useful and truly necessary in the diverse world we share. It is even indispensable. But not in the face of border crossing violence. Whether it is verbal, structural or physical violence. It does not matter under what cover it is hiding: political, economic, religious, military, social, racial or sexual. An unsupervised playground falls prey to the bullies. It takes impartial referees with authority to keep the game fair. Who are ‘woke’ enough to blow the whistle on the offenders. The International Court of Justice is the right framework for this. Under the supervision of the UN. Without amputation by possible vetoes. But also without inquisition. With an eye for the fallibility of leaders who are also only human. But no less for the pain and injustice done to the victims.

Looking in the mirror

But something more is needed. We also need to have the courage to look into our own hearts. In the past 40 years, great emphasis has been placed on ‘my’ personal freedom. Freedom is a high value. It was at the forefront of the ideals of the French Revolution. But we must not forget equality and fraternity either. My freedom does not extend beyond the freedom of an other person . And vice versa. We need duties as well as rights to keep society healthy. Solidarity is vital for our wellbeing and for our survival as a species.

We seem to have forgotten that we are social beings who only thrive when they are part of a community. A community is more than a hotchpotch of isolated “I’s”. A community is a ‘we’. Not the ‘we’ of one group against another as it is in nationalism and patriotism. But the ‘we’ of the ancient African attitude of Ubuntu: I am because we are. Men and women secured in the bed of a solidary, caring community that works together in respect for each other and for nature that feeds us. Only when we learn to look beyond superficial differences and work together to provide an acceptable place for everyone on this planet, can we hope to survive global warming. And to leave war and violence-based power behind us along the way. We can only do so by moving away from the blunt knife of violence to the soft hand of caring, for each other and the planet.

But we will have to do it together. It is up to us to take responsibility. It is not just our damned moral duty. It is an absolute necessity. Otherwise, humanity will not survive the twenty-first century for long. Through war and violence or through climate disruption. One thing we must always keep in mind : There will be no second Noah’s Ark this time. 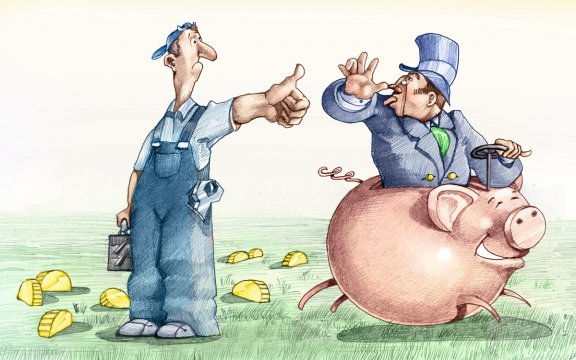 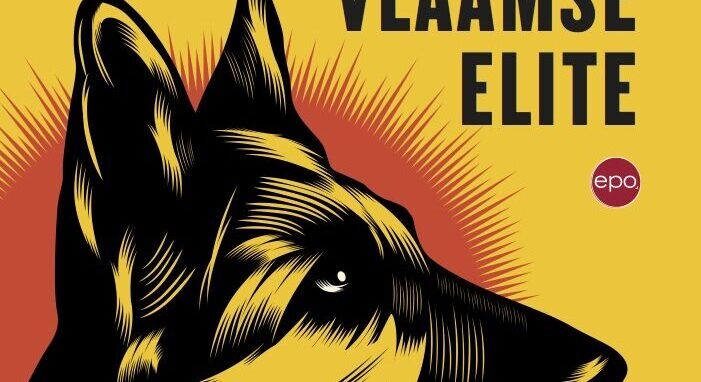 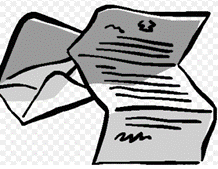 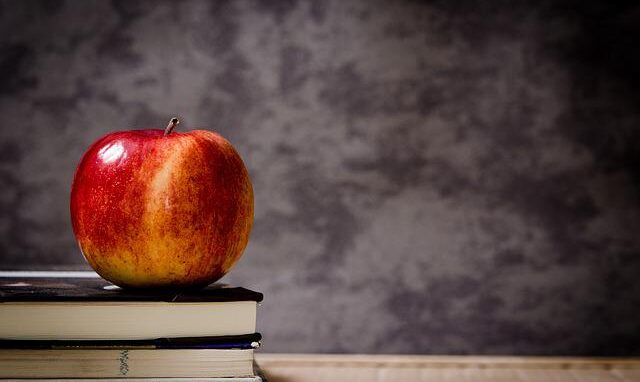