The massive campaign of intimidation against WikiLeaks is sending a chill through free press advocates everywhere.

Legal experts say WikiLeaks has likely broken no laws. Yet top US politicians have called it a terrorist group and commentators have urged assassination of its staff. The organization has come under massive government and corporate attack, but WikiLeaks is only publishing information provided by a whistleblower. And it has partnered with the world’s leading newspapers (NYT, Guardian, Spiegel etc) to carefully vet the information it publishes.

The massive extra-judicial intimidation of WikiLeaks is an attack on democracy. We urgently need a public outcry for freedom of the press and expression. Sign the petition to stop the crackdown and forward this email to everyone — let’s get to 1 million voices and take out full page ads in US newspapers this week!

WikiLeaks isn’t acting alone — it’s partnered with the top newspapers in the world (New York Times, The Guardian, Der Spiegel, etc) to carefully review 250,000 US diplomatic cables and remove any information that it is irresponsible to publish. Only 800 cables have been published so far. Past WikiLeaks publications have exposed government-backed torture, the murder of innocent civilians in Iraq and Afghanistan, and corporate corruption.

The US government is currently pursuing all legal avenues to stop WikiLeaks from publishing more cables, butthe laws of democracies protect freedom of the press. The US and other governments may not like the laws that protect our freedom of expression, but that’s exactly why it’s so important that we have them, and why only a democratic process can change them.

Reasonable people can disagree on whether WikiLeaks and the leading newspapers it’s partnered with are releasing more information than the public should see. Whether the releases undermine diplomatic confidentiality and whether that’s a good thing. Whether WikiLeaks founder Julian Assange has the personal character of a hero or a villain. But none of this justifies a vicious campaign of intimidation to silence a legal media outlet by governments and corporations. Click below to join the call to stop the crackdown:

Ever wonder why the media so rarely gives the full story of what happens behind the scenes? This is why – because when they do, governments can be vicious in their response. And when that happens, it’s up to the public to stand up for our democratic rights to a free press and freedom of expression. Never has there been a more vital time for us to do so.

US embassy cables culprit should be executed, says Mike Huckabee (The Guardian)
http://www.guardian.co.uk/world/2010/dec/01/us-embassy-cables-executed-mike-huckabee

Assange’s Interpol Warrant Is for Having Sex Without a Condom (The Slatest)
http://slatest.slate.com/id/2276690/ 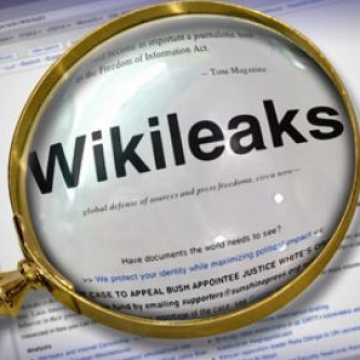 The Argentinian fight against impunity and obscurity