The Two-Spirit and the West

THE TWO-SPIRIT AND THE WEST

When European explorers, conquerors and missionaries arrived in the America’s, they were stunned to meet people in Native-American tribes who ‘were dressed as if they belonged to the other sex’. They were even more shocked to learn that this custom was widespread, and that many tribes genuinely respected these people.

The name used to describe these people was ‘berdache’. This is a word adapted from Persian meaning something in the sense of ‘male prostitute’. The European judgement was harsh: these ‘berdaches’ were sodomites, creatures to be despised, who revelled in their sins against God, and of course, effeminate weaklings. There exist works of art given to European kings depicting ‘two-spirits’ being eaten alive by dogs, while the conquistadores looked on, proud that Spain and the Catholic church had been served.

For hundreds of years, while Europe took more and more land from the Native-Americans, nothing good was ever said on these ‘two-spirits’. When native tribes were driven into the defensive and later on confined to reservations, the ‘two-spirit’ followed suit. Where native tribes lost many of their traditions, ‘two-spirits’ were actively taught by church leaders to feel ashamed for who they were, through indoctrinating schools or imported hate for gender variant behaviour.

Where anthropologists have recorded the presence of ‘two-spirited people’ in more than 150 tribes from Alaska to Argentina (which makes it an almost universal phenomenon in the America’s), the tradition seems to risk extinction today. The original meaning seems mostly lost to both Native-American and Western societies, and their existence is recorded in not a single history book.

But who were these ‘two-spirits’, what did they feel, how did they live, and how is it possible that so many of them lived in the America’s, while our own recognition of gender variation is both so limited and so recent?

To answer these questions, it is necessary to wade through endless streams of anthropological reports. They all seem to show more of the fixed prepositions of whoever was observing, than the true feelings of the people being observed. For a missionary carrying a bible, they were sin against God made into flesh. For a conqueror they were effeminate and ‘thus’ weak. For a feminist they were the vile invasions of universal male privilege in safe feminine spaces. For homosexual investigators they were the spiritual ancestors of male-to-male-sexuality. And for most men studying the tradition, there was no such thing as a ‘female two-spirit’, since the reflection of the own European culture made it impossible for them to even grasp the idea that a woman could have a social role and status above and beyond that of a subordinate mother.

And finally, few have actually bothered to listen to the voice of the Native-Americans themselves, to understand the tradition within their own cultural frameworks.

People who lived in a gender role other than the one assigned to them at birth have been registered in over 150 Native-American tribes in the America’s. It seems that there was as much variation between these traditions as there were tribes themselves, so it remains very hard to interpret the whole, moreso because the historical sources are very subjective and thus unreliable in their conclusions.

On the whole there were tribes in which gender variation was honoured and tribes which considered it to be inferior. There were tribes in which anthropologists registered ‘two-spirits’ to carefully copy ‘the other sex’, and tribes which were very flexible in condoning mixed forms of male and female. In the end I can only that that it is impossible to distill ‘one two-spirit tradition’, since Native-American cultures were of course at least as diverse as European ones.

One tradition has been very well documented and offers a good view on what a culture would look like where gender variation would be held in high esteem. This were the Navajo and their ‘nadleehe’.

While the West continues to have a hard time deciding what to do with the at least 0,7 percent of people who are in one way or another ‘intersexual’ (considering the five nonconsensual operations on intersexed babies in the United States each day to make them ‘normal’), the Navajo called their intersexual infants ‘nadleehe’. They interpreted these nadleehe as the incarnation of male and female within one body. In Navajo mythology most people were given only a male or a female ‘spirit’ in life, while the ‘other half of the whole’ remained as a source of unmanifested inspiration in the spirit world. As such, intersexual persons were considered to be ‘holy’, and were given the cultural space to interpret their sex, gender role and expression however they themselves considered correct.

Intersexuality may or may not be visible at birth, this is not the case with transgendered people. Seemingly people born in normal male or female bodies, people could demand through dreams or visions that they were indeed nadleehe. Very different than Western thinking, in which medical scanners decide the sex of an infant months before it is even born and most families start the road toward ‘correctly gendered behaviour’ right away, the Navajo did nothing of the kind. For them, being a man or being a woman – and acting the role that went with it – was something which was earned, something which slowly developed through transition rituals at certain points in life (like a first menstruation). Before such a ritual, the child was not considered to be ‘a boy’ or ‘a girl’, but merely as ‘a child’. And the Navajo saw it as definite truth if a child chose to defy the tribe on the basis of dreams or visions and not follow its predestined path. If a child chose to live like the other sex, or in a gender role mixing both male or female, it was honoured and often seen as a source of good fortune for the family.

In this fashion nadleehe, whether intersexual or gender variant, received the blessing of the culture to follow their own path. The tribe even considered some truths more complex than they themselves could decide based on looking at someone’s genitalia – like the West likes to do. The result is that these people could deserve great respect as artists, healers, diplomats, spiritual gatekeepers or people who could heal relationships between men and women. They could also have sex with people of the same sex without being judged as homosexual (that while homosexuality was not considered to be wrong per sé, but it was considered to be a different topic), dress however they wanted to, and so on.

However interesting this may be, it still doesn’t anwer the question why a tradition could be so widespread on one side of the Atlantic Ocean, while it was a total enigma and a sin against God in Europe and beyond.

At this point we need to turn the camera and start looking at the West. Thousands of gender variant persons managed to live as integral parts of their tribes, and many of them received much respect, while nothing of the kind existed in Europe. If people are bodily similar wherever they are born, it would mean that an uncountable number of people in Europe and beyond have surpressed their deepest feelings of identity for hundreds and thousands of years, because socially they could find no value or respect for what they felt.

Anthropologists seem to agree that a lot of Native-American tribes were intrinsically egalitarian. They too had clearly defined male and female spheres, but in many tribes these were considered complementary and equally valuable and respected. Men could hunt, trade or wage war, while women looked after children, treated animal skins or made pottery and art, but both spheres were seen as important. There seem to be no comparisons that women in the America’s were subordinated in the same way bibles, torahs or qurans managed to do in Europe and the Middle East.

Now I will wade into the sea of personal subjectivity. Those who would rather not accept what I rationalize here are welcome to take it with a pinch of salt, or to ignore it as a whole.

If you look at the history of the world through a giant lens, you can see that gender variation like it was discovered in the America’s was not limited to that area. Instead people lived in culturally sanctioned cross-gendered roles on islands in the Pacific Ocean, the endless forests of Siberia, the mountains of Tibet and the sprawling cities of India. I could miss a few because of subjective interpretations by Western observers paired to the aggressive hegemony of christianity and islam could have easily corrupted and wiped out similar traditions elsewhere before they were properly recorded.

But if you would grab a map of the world and consider human history, you could see that these places all have one thing in coming, namely isolation (except for India, but hinduism just seems to appreciate ambiguity…). So you could easily imagine how a powerful patriarchal cultural offensive, being it christian or muslim or confucian or whatever, could have wiped out the socially accepted option of being different in body or feelings of identity, in the same wave in which it defined masculinity and femininity and, immediately afterwards, men as superior to women.

Only in those isolated regions in which this kind of hegemonic androcentric influence could not (yet) penetrate in any resolute fashion, women and men could live together as different but inherently equal partners. As a direct consequence to this equal value between men and women, it would be unnecessary, perhaps even unwanted, to look down upon the people who crossed the lines between male and female.

But of course this is nothing but a matter of inconclusive intuition. I haven’t been able to study this matter in enough depth to understand if I come anywhere near the truth.

There are very few researchers considering these questions. If only one could return to the times in which there was no ‘one God’, but many gods and godesses. When people, both in Europe and elsewhere, honoured nature as a feminine force, which can be discerned from the many thousands of prehistoric statues depicting women with huge breasts and behinds and no clear faces – the worship of fertility in its most elementary form.

My guess is that this journey in time would learn me that every culture that considered male and female essences as being inherently equal in value, could also easily honour the people who traded these essences or lived as a mixture of both.

In contrast, I think this voyage in time would also teach me how cultures lacking in this kind of respect for natural variation, would at best consider true equality of men and women to be inconsequential, at worst unwelcome and actively resisted. 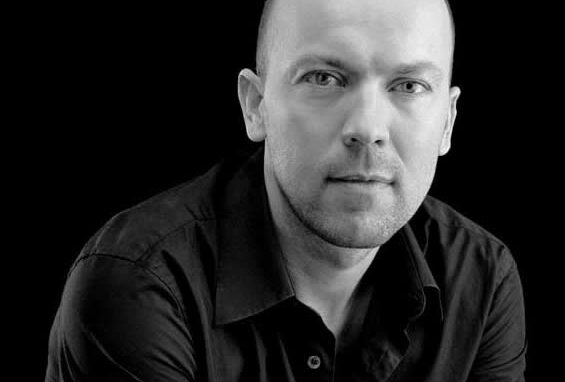 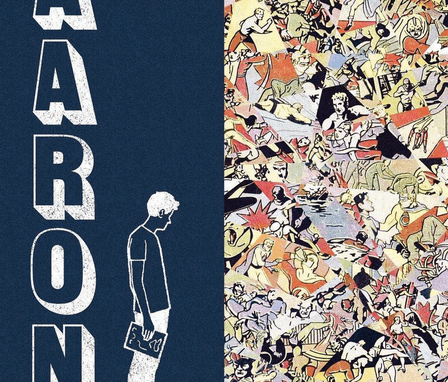