The Thanksgiving and Black Pete Rituals- Examples of Cultural Imperialism

What do two different Holidays celebrated on two different continents have in common?  First en foremost, they both are the subject of increasing controversy whereby supporters and opponents are at each others throat.
Both are rituals that have their roots in a colonial past and which emphasize the dominance of the white imperialist superpowers. In an ever-recurring play, the colonial and imperialist past is constantly relived taking the position that the impact and consequences of that past can still be felt and are still desired. With this, the beneficiaries of this imperialist society declare they want the situation to continue by honoring the past. However, they unequivocally claim their celebrations have got nothing to do with imperialism and its inherent racism.

Thanksgiving, they say, is just a family event.  An excuse to stuff yourself.  From the viewpoint of the privileged this is indeed the case.  No one would consciously be celebrating genocide, murder and torture unless they’re a degenerate.  But is the denial of facts less embarrassing?

“…is the denial of facts less embarrassing?”

Of course we all pretty much know the story of the mythical first Thanksgiving in Plymouth in 1621. The Wampanaog Indians had helped the starving pilgrims with the planting and harvesting of the, to them, strange food. The first harvest was a success and out of gratitude they enjoyed a shared a meal.  That’s already a lie.  The whole shared-meal-thing had been fabricated by Abraham Lincoln who needed a PR stunt to calm down the people who were divided during the Civil War.  Indeed, it was a beautiful symbolic story of unity but unfortunately not true.  A feast had indeed been arranged in honor of the good harvest but the “savages” had not been invited.  They were eating right outside the settlement, keeping an eye on the new people and protecting them since those newbies were reacting very nervous to their strange new surroundings.

“The pilgrims took possession of the new country and imported slave labor to help develop that country.  What a lovely concept for a family reunion under the banner of gratitude, right?”

What did take place was the signing of an agreement between the Wampanoag and England.  It was an agreement between two nations since the pilgrims were still under the jurisdiction of the crown, or that’s what they told the Wampanoag.   Our present day society is the outcome of what party ultimately benefitted the most of this agreement.  The ritual of Thanksgiving honors the settlers, the occupiers, the mass murderers, the thieves and the exploiters.  The first year of this official Thanksgiving was smack in the middle of the Imperialist era.  Two years before, in 1619, the first black slaves had arrived on their slave ships.  The pilgrims took possession of the new country and imported slave labor to help develop that country.  What a lovely concept for a family reunion under the banner of gratitude, right?

In Europe things weren’t much different.  The emergence of capitalism gave Europe the chance to compete with the big boys such as China and India.  It provided several technological, military and economic advantages, which gave Europe dominance in the world trade and lead to colonialism and imperialism.  Later in a Thanksgiving poem, Mark Twain would act out against Leopold II, King of the Belgians and Mass Murderer of the Congolese.  And this brings us to Belgium and the Netherlands and their Black Pete controversy.

The Sinterklaas/ Black Pete ritual, a festival that takes place on Dec. 5th in the Netherlands and Dec. 6th in Belgium,  is in the eyes of the rest of the world undeniably racist. However it is perceived as completely harmless by the Belgians and the Dutch. Just like their American counterparts perceive Thanksgiving as completely harmless. It’s just a children’s party, they say, the intent is not racist. Nobody wants to be labeled as a racist and therefore it becomes necessary to deny that the ritual itself is racist.  They happily try to prove this through the use of history.

“The use of racism is of the utmost importance if you want to have a fighting chance selling the concepts of colonialism and imperialism to the people at home.”

Sinterklaas ,  Black Pete’s boss, was a patron saint of children and first worked alone. No talk of servants.   He was a Greek Bishop from Myra, who had been declared holy because of his good deeds.  How on earth could this possibly have anything to do with racism?  But this jolly old fellow eventually acquired a bunch of servants, read slaves.  The Black Petes first emerged in the 19th century, during Europe’s colonial heyday, in a book by Jan Schenkman. Black Pete started out as a devilish character, which was based on Krampus, who beat naughty kids with his rod and then put them in his burlap bag.  What eventually happened to those kids in that bag never became clear.   Later the image of Black Pete changed and he became this funny, clumsy and a bit stupid helper of Sinterklaas.  The black stereotypes of Devil and Dumb are abundantly present.   The poem of Rudyard Kipling ((1865-1936)  “White Man’s Burden” comes to mind, in which he describes the Master-Servant relationship and the “savages” as half devil half child.  In the Netherlands Black Pete even used to talk with a Surinamese accent, Suriname being the former colony of the Netherlands.

The use of racism is of the utmost importance if you want to have a fighting chance selling the concepts of colonialism and imperialism to the people at home.  What you do is you create “the other”, which you subsequently dehumanize. In the United States black slaves were even officially registered as 4/5th human.  Once your “other” is no longer fully human, apparently the door is open to genocide, exploitation, slavery and so on.

“However, while we are busy denying these racist and colonial aspects in our rituals we are forced to ignore the objections of the descendants of the African diaspora and the people of the First Nation.  And ironically, in the process we become yet again racist.”

In our recent past, ideas of colonization and imperialism had been commonplace because of clever propaganda campaigns such as the Orientalist schools. They simply were part of cultural life. Nowadays we realize that those concepts are unacceptable and therefore we desperately deny our colonial past in so many of its aspects.  The fact that Leopold II killed between 10 and 15 million Congolese and was one of the most gruesome and bloodthirsty rulers of all time is not being taught in Belgian schools.  Black Pete looks black because he crawls through the chimney.  But what about Sinterklaas?  He also climbs through the chimney and he doesn’t look black. Ah yes, but he is Holy.  No soot can compete with that.  And even his squeaky clean white horse apparently shares in that Holiness.  Only that poor servant can’t seem to keep the dirt off of him. In any case there is the undeniable fact of differences in class with the whole Sinterklaas ritual and just as colonialism used to be “normal”, meaning it was the norm, we now think of class inequality as normal. Will we perhaps eventually evolve into a society in which a system of class and privilege is something we should be ashamed of and deny our past of class inequality?

“Holding on to imperial ritual is a form of cultural colonization. If we do this even after we have been given the heads up then we are no better than our ancestors.”

However, while we are busy denying these racist and colonial aspects in our rituals we are forced to ignore the objections of the descendants of the African diaspora and the people of the First Nation.  And ironically, in the process of ignoring and denying we once again become racist.  If you ignore the criticism of large groups of the population and tenaciously hold on to your own vision and your own privileged point of view you emphasize white supremacy, which is a structural system of lending dominance to white people politically, culturally, economically, and socially.  In other words, racism is institutionalized and it is the norm.  From a privileged position it is easy to be in favor of racist rituals and traditions.  We are just blind to the racism in our culture and hide behind a veil of innocence.  Fact is, when non-privileged people point out the racist elements in our traditions we’re just gonna have to accept this as truth.  After all, they are the experts. Holding on to imperial ritual is a form of cultural colonization. If we do this even after we have been given the heads up then we are no better than our ancestors.

In this moment in time, history seems to repeat itself on a small scale when you look at the contracts of banks and large corporations that help steal property and homes from people in a completely legal way.  Capitalism is now munching on the very society it helped to create and it is now also the, predominantly white, middle class which is getting robbed. Of course this is nothing compared to when a whole continent is being stolen from underneath your nose and every form of resistance is met with cruel oppression.

Maybe the capitalist rulers will eventually have a festival that celebrates the demise of the once prosperous middle class.  A funny and moving ritual they claim to be innocent. 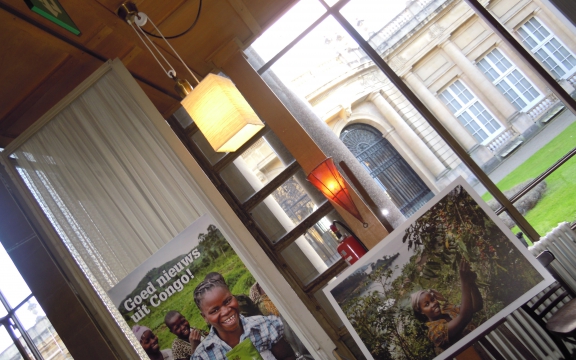 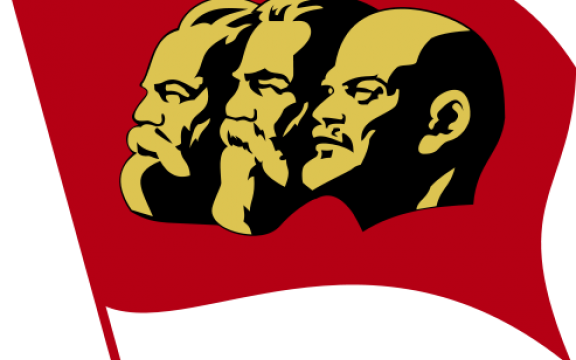