The Argentinian fight against impunity and obscurity

2010 ends for Argentina with an historical and long-awaited fact. The life imprisonment sentence of the ex dictator Jorge Rafael Videla on 22nd of December. Along with it, this former year has brought to the victims relatives and survivors of his regime an accelerated process of condemns and reopening of cases that are ending up with tree decades of impunity and amnesia.

Argentina’s democratic history has been assaulted in several times by putsches. The last one, on 24th March 1976, plunged the country into a military dictatorship ruled by Jorge Rafael Videla which until 1983 kidnapped, tortured and enforced disappeared more than 30.000 people. He formed a Military Junta together with Emilio Massera (Navy) and Orlando Ramón Agosti (Air Forces) imposing a neoliberal economic policy and the death penalty, suspending civil rights and freedom, intervening syndicates and universities and censoring the media. It was called Proceso de Reorganización Nacional (Nation Reorganization Process), who aimed to systematically eliminate any protestant to the imposed order.

The Armed Forces opened and supervised 500 clandestine detention centres all around the country were mostly young dissidents –lawyers, artists, students, activists – were imprisoned and horribly tortured by despair of their relatives. Hundreds of them were executed and buried in communal graves or thrown alive to the Rio de la Plata from military airplanes (the so-called ‘death flights’). Cattle prod, rapes, beatings and other cruel practices were inexorably gathered in the testimonial report Nunca Más (Never more) by the CONADEP (National Commission for Disappeared People) in 1984.
An estimated number of 500 kids who were born to pregnant women in clandestine detention were illegally adopted by the militaries families themselves, and many of them have been living a lie for many years raised up by the prosecutors of their real parents.

But maybe the worse has been the impunity that those criminals enjoyed afterwards. With the arrival of new president Raúl Alfonsín, committed to the return of the rule of law, the dictatorship chiefs were judged in 1985 and Videla was already condemned to life imprisonment. Unfortunately, military and political pressure brought Alfonsín to pass the Obediencia Debida (Due Obedience) and Punto Final (Full Stop) Laws, which established the impunity for hundreds of accused. Five years later he was pardoned along with other militaries and accused civilians ‘thanks’ to the president Carlos Menem, who ruled the country from 1989 to 1999.

The cases started being reopened in 2006, after former president Néstor Kirchner repealed the amnesty laws dictated on the 80’s and the Parliament of Justice declared them unconstitutional as well as the pardons that protected the dictatorship’ chiefs. Without forgetting that this was, nevertheless, the result of a much longer demand for accountability carried on by human rights activists.

In this process has had a lot to do the endless fight for memory and justice carried on by the Madres (mothers), Abuelas (grandmothers), and Hijos (sons and daugthers) de Plaza de Mayo. It hasn’t been, and still isn’t, easy to reach the actual point. Many of the survivors -lot of them moved to different countries, an an estimated 250,000 left for exile- doubted not long ago that justice will actually punish the perpetrators. The Police Force themselves were corrupted, accomplice or participants in the dictatorship repression, so testimonies happened to be protected by the same people interested in their disappearance. The common graves and the unfounded bodies favoured the ignorance of many Argentinian, who did not believe for years that the disappearances and assassinations were actually true. Testimonies and Human Right militants were kidnapped and threatened to dissuade them to provide testimony, fear remained and made many survivors shut up their mouths.

Even some of the Madres, now Abuelas from Plaza de Mayo – called like this because they started gathering at the 70’s in that square, walking in circles so they could not be accused of meeting, while clamming justice for their lost relatives – were disappeared. The organisation has worked since the beginning to localise the appropriated sons and daughters and give them back their identity. They still walking every Thursday around the pyramid at the square wearing their white headscarf’s with the name of their disappeared embroidered.

Nowadays, Argentina is the country with more trials for Crimes against Humanity opened in the world (more than 1.300). According to a report on December 2010 of the General Public Attorney about the state of the cases related to violation of HHRR during the State terrorism, this year ends with 820 people accused, from which 353 are being already judged. A total of 196 people have been condemned so far, and it is in 2010 when we find the higher number of people judged (119) and finally condemned (110) in a year. Besides, nowadays there are 486 people arrested related to violation of HHRR, and for 2011 seven new trials are programmed to be opened.

Videla, 85 years old, faces up now a life imprisonment in a current prison for the torture and the execution of 31 political prisoners in a centre called Unidad Penitenciaria San Martin, in Cordoba’s province. “It was not a dirty war but a fair war in which we saved the country from the idealist young people who wanted to impose a culture disconnected to our traditional lifestyle, occidental and christian”, he justified.
The ex dictator will face two a new trials on March 2011, one about his participation in the kidnapping of 33 babies born during the imprisonment of their mothers who were given in illegal adoption to families related to the dictatorial government; another under acusation of Crimes against humanity together with other ex military leaders.

Who during the regime was major of the III Military Force, Luciano Benjamín Menéndez, 83 years old, has also followed the same fate. According to him, the Argentinian suffered “the assault of Marxist subversives who by order of the Soviet Union and Cuba intended to subjugate our country”.

Nevertheless, it still a lot to do and just during this last year 30 of the accused died, among them one of the Military Junta’s chief, Emilio Massera, maximum responsible for the biggest illegal centre of detention of the regime, Escuela Mecánvia de la Armada (ESMA). And looking at the total of prosecutors who have died so far without condemn the number increases to 256. Besides, also testimonies of the crimes and relatives of its victims are growing older and claim an acceleration of the trials to live enough to see justice done after so many years of silence. 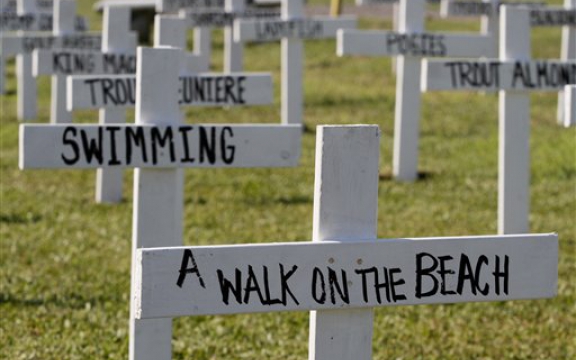