Tambura, South Sudan – After a day of driving on the red sandy roads from Yambio to Tambura in Western Equatoria State, we start off with a visit to the local commission for Relief and Rehabilitation. Unfortunately it’s lunch time, that is 2pm, so we had to wait until the commissioner will receive us. By us I mean a delegation of a Relief Organization assisting victims of the Lord’s Resistance Army. This rebel movement is known to be a vicious and brutal militia originating from Northern Uganda. Their leader, Joseph Kony is considered to be possessed with mythical powers, however, it’s a good way of controlling your new recruited troops to be obedient. Since 2006 and after the joint effort of the Congolese (DRC), Ugandan and Southern Sudanese Army, which failed to annihilate the LRA in the woods of the DRC, Kony’s troops have scattered around and spread to different places.

Ever since, they pop up out of the woods and loot the surrounding villages in search of food, medicines and new recruits. There quick in and out tactic has been very efficient. They are hard to track down and communication between the different military troops (UPDF, FARDC and SPLA) have proved to be insufficient.
There has been written a lot on the tactics, politics and goals of the LRA, but little has been said about local people trying to defend themselves against these terrible acts of violence. During my trip in South Sudan, I came across a very interesting group of people: The Arrow Boys.

Fighting the LRA with bow and Arrow

The story starts when meeting the Commissioner later that day in his dusty office, where he sits behind a large desk and we take place, not in front of him, but diagonally against the wall. The official starts explaining about an event that happened just days ago in a nearby medical post. The LRA attacked the place, took all the medicines, two women and two children. They were missing for days, until the Arrow Boys along with the police managed to free them. Fortunately they were all unharmed and to my great surprise they were sitting outside of his office. Their traumatic story is one to be remembered. They were taken by the soldiers, some of whome were just children, and beaten severely. When the babies started crying, the women were forced to leave them behind or let them be killed. Forced to abandon their young ones, they continued to be beaten and mistreated.

The husbands of the two unfortunate ladies had made contact with the local chief of the Arrow Boys, who alarmed his troops and went on a search and rescue mission. They located the children and were able to track down the LRA, who quickly left the women and ran.

Amazed by this story I asked my collegues if it was possible to meet with one of those Arrow Boys. Surprisingly, they were friends with some of them, so we were able to arrange a meeting.

Philip Digi is a friendly and hospitable guy who smiles when we shake hands. He introduces himself as the local administrator and advisor for protection of the local population. Philip is the spokesperson for the Arrow Boys when they communicate with the local government. John Mamidu acts as the military intelligence of the Arrow Boys, meaning that he serves as a focal point for communication and coordinates the operations when the population is under attack. His knowledge about the woods and his ability to find tracks quickly makes him a necessary person to the force. The last of the persons I had the honour talking to is Martin Alfred, who is the local chairman of the Arrow Boys Group in Tambura.

Despite the spiritual and brutal reputation of the LRA, these man are not afraid, but claim to do their duty for the community. Armed with home made guns (00 Fabrication) and arrows they counterattack one of the worlds most notorious rebel movements. Strengthened by the support of the local population they guard the villages, only guided by the noises of the woods, a cell phone (when they work) and a bicycle to call for reinforcements. Unfortunately, due to their lack of means, many of the Arrow Boys have died in combat or got wounded and there is little medical care or material support for them.

Calling themselves the “people’s organization” or “the land guides” they can count on a self claimed 25 % of the Zande population. They function in small groups located in several villages, which are led by several chairmen, enabling them to mobilize fast. Based on traditional martial arts, their leader Tardeejo guides them to use bow and arrow in to battle. Everybody is welcome to join their group, nobody is forced to participate, however, as already said, they can count on a broad base to operate.

Why they take up arms?

The Ugandan People Defence Force (UPDF) has numerous military bases in Western Equatoria, but has failed to eliminate the threat of the LRA consistently. When the Arrow Boys go on a counter attack they will always inform the police, the UPDF and the local authorities. Sometimes they get lucky and the UPDF joins them, and with success. Unfortunately, the capacities for the UPDF are limited as well and have to protect other areas as well. The Sudan People Liberation Army (SPLA) does not participate in attacks, but has to defend the cities and villages in the area.
All of the members reassure me they are not acting out of greed or profit gain; for the simple reason that they do not receive anything for their actions.

The Juba government (SPLM) does not want to arm these vigilantes out of fear they might transform into just another militia. However, the Western Equatoria Governor does not agree with that allegation; he says that they are the only ones giving the LRA hard times in the region. As this shows some of the truth, more is going on if you start digging. The Equatorian states, West, East and Central, have been taking initiatives to form a coalition to counter the Dinka dominance in the SPLM government. This might explain why the government is not eager to arm the Arrow Boys. They might just get to much power and force they way into the political atmosphere once the LRA problem is solved.

The only thing they do ask is to be considered for humanitarian aid and development programs for their communities as well. Many humanitarian agencies, such as World Vision and the United Nations World Food Program (WFP) do not integrate host communities in their humanitarian assistance programs. Due to the high amount of IDPs (200 000) in Western Equatoria, the pressure on host communities is huge. In terms of the direct environment of the communities the IDPs can put strains on water supplies, fire wood, health security and food security of many of the hosting community.
Also the government gets critique of these brave men; the educational efforts are far to little. Parents have to pay up to 80 USD a year to get their children in school, which is just too much.

“We want arrows like the one Rambo uses, you know those fast ones that never miss their target. If we have that we can easily overcome the threats of the LRA. And of course we need communication means to be more effectively.”

The commissioner says that “if we did not have the Arrow Boys, no one would want to be here. Every one would have been gone!” 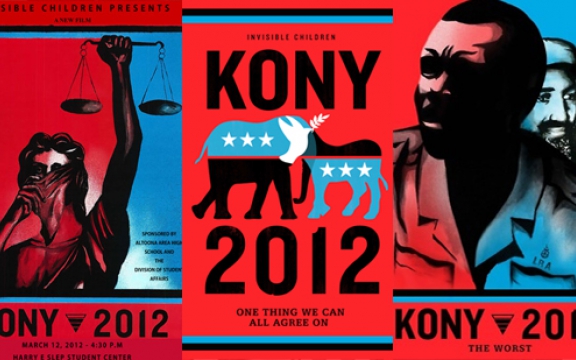