http://ourmediaindymedia.blogspot.com/2010/09/noordkasteel-forest-occupiers-story_14.html
Spirit Of Squatters Collective : This is solidarity action(like most of our videos). The solidarity is stronger when it is seen by as many people as possible.So…Please use it ! Pass this info to everybody who could be interested !!!
Feel free to embed,link it,send it,screen it etc. Use it=don’t loose it. Reclaim the media with us !

… So get inspired. TOGETHER WE ARE STRONGER !!!
http://www.youtube.com/user/spiritofsquatters

Since last night occupied the new action group Groenoord Noordkasteelbos Antwerp. They have made tree houses to establish themselves in chains. This they want to oppose any violent nature Oosterweel Plan which must disappear. “The mobility problem can not be separated from environmental issues,” said Tom, spokesman Groenoord.

This direct action is Groenoord for all parks and nature reserves by the current plans Oosterweel threatened. The Noordkasteelbos would turn into a junction. The St. Annabos 90% cut would be only about a dozen years slibstort and start again like a natural. The popular wooded park Rivierenhof would disappear for a part for the widening of the ring, a plan which is inextricably linked with a route across Oosterweelverbinding. The Vlietbos and Sand are threatened. All these areas are important buffer zones between residential and industrial area and have an air purifying function.

One plan has more impact than others on the last bits of green, the air quality and health of Antwerp. It seems Meccano Plan being the best score. Still speaks Groenoord not for one or another plan. The action group opposes any trial and decision in which nature is ignored or less important element. The latest study by the Flemish government ordered, examines only the cost, duration and the technical feasibility of some plans. Next week the results published.

“We decided not to wait,” said spokesman Tom. “The Flemish government wants to 27.9 a choice based on economic and technical arguments. It is clear that environmental and health will not count in the decision. It is incomprehensible for a project that has just as much impact it will have. It is irresponsible to destroy more natural now disappearing biodiversity and climate change. Most Antwerp would not only solve the mobility problem but are worried about their health, environment and quality of life. It is high time to also take this into account. “

North Castle is an area with a forest and a lake. The domain is used for recreation and cultural activities. According to a survey by the New Antwerp is the favorite green spot in the city. There are growing voices on the lake re-opening as a swimming pool, since only 650,000 can go now Antwerp in two small swimming pools. The area however, threatens to turn into a major traffic junction between a tunnel and a mega bridge.

No compromise for Mother Earth! 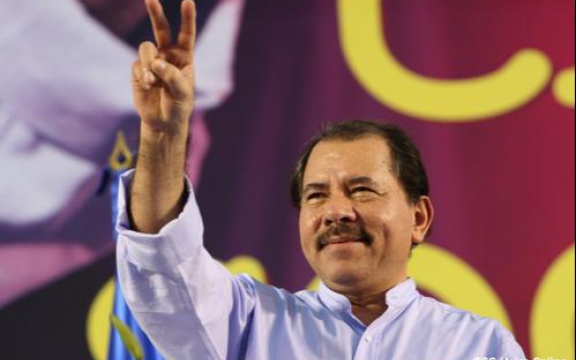