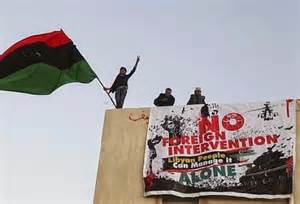 The National Liberation Army’s (NLA) military commander was killed by his comrades while in custody after he was arrested by the National Transitional Council (NTC)  leadership on suspicion of treason, witnesses said today, in a sign of disarray that posed a major setback for the movement battling Muammar Gaddafi.