In the coming weeks and months the 15M movement will be confronted by the two forces which – in different forms and shapes – have dominated Europe since the middle ages. The Church, and the Empire.

The first one was and still is represented by the bishop of Rome. The second one, in this case, is represented by Brussels, capital of the European Union. The pope will visit Madrid in mid August for the so-called ‘World Youth Day’, and Brussels is the goal of the popular march that has departed from Madrid on July 26.

In my burning desire to cover and keep covering the unfolding history of this revolutionary movement I have opted to join the march.

Yesterday evening a General Assembly was celebrated in Puerta del Sol. For me, even though I’m not someone who regularly assists assemblies or working group meetings, being there and witnessing it all was a way to say goodbye. It was a good assembly. The attendance was high, in the thousands probably, and thanks to the working group ‘Dinamización de Asambleas’, the procedures have improved a lot since the early days.

Every assembly has it’s own ‘ordine del día’, which is either decided by the Coordination Commision or established at the end of the previous assembly. Each point is introduced by a member of the commission that is working on the subject. After that the moderator opens a limited number of speaker turns (6 or 12) and a time limit (usually abouth half an hour). The famous clock of Puerta del Sol signs the time. At the end a proposal is voted if there is room for consensus. If not, it will go back to working group, which will try to incorporate the various propositions and present it to the next assembly.

The assembly starts with a denouncement of the police violence against demonstrators last thursday and the unconstitutional occupation of Sol for three days. The assembly demands the resignation of the responsible delegate of the government.

The two main topics of today are the attitude of the movement with regard to the upcoming national elections on November 20 and to the visit of the pope.

A proposal to form an ‘assemblary’ political party is voted down by an overwhelming majority. “It would mean playing their game, obeying their rules. That’s not what this movement is about. Let them have their elections. We couldn’t care less. We should go on building our own alternative.” Waving hands all over the square. We go our own way, we will make new rules to replace to old ones and create a game in which everyone can take part.

An interesting alternative is proposed: create a 15M Blank Vote Party. Our Legal commission is asked to look into this. It would mean that blank votes would actually count as blank votes, and that the resulting seats should remain empty. I like it. As a first step towards real democracy it would make parliament much more representative.

As for the visit of Joseph Ratzinger, most people stress the fact that our opposition is not against the pope as head of the church, but against the tens of millions of euros of public money spent on the event in a time of economic hardships. This is unacceptable in a state that is secular by constitution.

The upcoming ‘World Youth Day’ is an enormous propaganda event for which young people, with heavy subsidies, are flown into Madrid from all over the world. The event is sponsored by big companies like Telefonica, Coca Cola, the department store Corte Inglés and more, mostly because their sponsorship is tax deductible. It means that not just the visit is paid for with public money, but also the marketing circus surrounding the event. This is the reason why the 15M movement is firmly against it.

We don’t want to alienate the catholics from our movement, but there are some people in the assembly that implicitly accuse the majority of hypocrisy. “We are not against the pope you say? Well mind you, the pope represents a criminal organisation that has caused suffering, repression and mass murder for centuries here in Spain. If we are against the politicians and the banks, then my goodness, we should be against the church as well!”

The speaker is from the Commission of Macro Politics, which is generally regarded as the most radical wing of the movement. He is right, there’s no denying it. The catholic church in Spain has always been a violent reactionary force, from the Reconquista and the Inquisition onwards, passing by the Peninsular War, the Civil War and the Franco dictatorship. The clerus here is still heavily conservative and homophobic, apart from being economically subsidised and exempt from taxation. But we have to remember that there exist many local catholic movements here which oppose the clerical hierarchy and take their inspiration directly from the teachings of Jesus. “Love thy neighbour. Don’t do unto someone else etc.” That is what counts in their eyes, the rest is bull shit. We don’t have to forget that the early christians were revolutionary indignados just like us.

Personally I think our movement shouldn’t take the church head on. We are a constructive movement, and as such I think we should give our support to these organisations of grass roots christian brotherhood, as long as they respect the fact that many of us do not share their believes.

At the stroke of midnight the assembly ends. We walk around Puerta del Sol, two days after it was liberated. I love this place. It changed my life. And that of many other people as well. And it will keep changing lives in the years to come.

Tomorrow I will join the march on Brussels. Through the hills of the Basque Country and all through mighty France we will march to the capital of the Empire. We will penetrate deep into the most isolated inlands, where noble Gaulic tribes still resist the legions of Caesar. I do not know if in these places I will have regular access to the internet or electricity, but whatever happens I will try to inform you to the best of my abilities. “Jim”, my good friend and brother in arms will stay behind to report from Madrid. We formed a great team on the Northern Column and here in Madrid, climbing scaffoldings during the occupation of Sol. I’m confident we will continue to do a great job in documenting the Spanish Revolution. 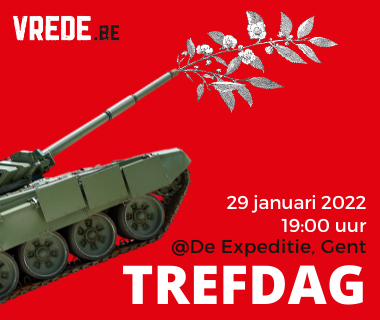