”Fuck it, wipe out Gaza”, says spokesman for new EU campaign/Letter to the EU delegation in Israel

FUCK IT, WIPE OUT GAZA, SAYS SPOKESMAN FOR NEWEU CAMPAIGN/LETTER TO THE EU DELEGATION IN ISRAEL

”Here’s a strategy that hasn’t be tried out yet:1000 Arabs killed for each one of our people killed.I think they owe us 5.000 last week” [1]
When I read those words, I smell but one thing:An incitement to fascist hatred and genocide.It may be obvious that people, who ventilate that sortof horrible thoughts have to be condemned and avoidedby any civilized person and certainly by an organization asthe EU, which boasts of its human rights treaties.See your own EU Charter of Human Rights and theTreaty of Lisbon. [2]Yet you hired the man, mr Avishai Ivri, who uttered those words, for a video campaign to present the EU more”positively” for the Israeli public.
Before taking you to the cleaners about this, first somethingabout your EU ”promotion” campaign for the Israeli public.
I say it straight:Your ”making the Israeli public falling in love with the EU”allows Mr Avishai Ivri to open with the following sentence
”“The EU – you think it’s anti-Israeli, right? Let me surprise you.”  [3]
Ivri notes that EU is a huge market, and runs through the trade cooperation advantages. He mentions that 1/3 of the Israeli export reaches EU (worth about $13 billion annually). “They love the Israeli export – and we love theirs!” he says. He notes that Israel imports goods for $21 billion. He then notes the touristic value for ‘us and them.’ “You thought EU doesn’t agree with us on anything?” he asks, then describes the ‘open skies’ agreement: “We gave them free access to our airports, and they gave us free access to theirs – they have 500 of them!” [4]
He notes that every year 2 million tourists come to Israel and leave $2 billion in Israel. He says Europeans love the Israeli agricultural export; 80 percent of Israel’s fresh agricultural export goes to Europe, worth about 1 million Euros a year, including of course the cherry tomatoes and tahini. Then Ivri moves on to technology – high-tech – drones (which are of course battle-tested against Palestinians), moving on to irrigation, cyber-security etc.Having cited all these advantages, Ivri concludes,

“It also doesn’t hurt for us to be identified by technological innovation, rather than by other things… So the next time you hear about the EU, remember – they are the best neighbors we’ve got!” [5]

I can’t believe you have the guts to promote this untasteful propaganda,completely ignoring the fact, that Israel is no average State, but a50 years occupation power, with as a consequence war-crimes, human rights violations and crimes against humanity.What else you would describe the starvation of the populationof the people of Gaza, called the Gaza Blockade? [6]And there is more to it:Israel’s bloody military operations, especiallyin Gaza:In operation ”Protective Edge” in 2014, thousands of Palestinianshave been killed, from who one third children. [7]Schools and hospitals were destroyed, numerous wounded people!And then the humanitarian consequences in the aftermath. [8]There is more, much more:The policy of apartheid, charactarized by the different law systems,in Israel the ”normal” law, in the occupied Palestinian territoriesthe ”military law. [9] For civilians.The continuing expansion of the illegal settlements [10],as the EU itself stated [11] thewater theft with the Palestinians as humanitarian victims. [12]The humanitarian consequences of the illegal Wall. [13]And so on:
AND WHAT DOES THE EU?Nothing but talk and worse, promoting a positive Israeli-EUrelation at the moment you should not onlycondemn Israel, but draw the consequences to reconsider ormake an end to the EU Association with Israel.You have a human rights clausule [14]Use it!
YOUR GENOCIDAL VIDEO PRESENTATOR MR AVISHAI IVRI’
The presentator you hired for your ”making love to the Israelipublic” stuntvideo, mr Avishai Ivri is an evil one.Not a word I use lightly, but this man is
I quote some of his statements:

In an Israeli News debate
”“You’re always asking [us] ‘what’s your solution? What’s your solution? Hello?? We don’t shout ‘Death to the Arabs’ because it rhymes!” “We shout it because it’s our solution! We fucking write it with spray on the wall! How secret do you think we keep our solution?” [15]
””Here’s a strategy that hasn’t be tried out yet:1000 Arabs killed for each one of our people killed.I think they owe us 5.000 last week’ [16]

A week earlier he had a more effective solution:

Sadly for you, the last criminal statement of Ivri became newsand went around the world!  [18]
That’s why I heard about it.
For me, it was nearly Kafka. [19]
Not only you, the EU delegation, didn’t promote measures against the continuing Israeli crimes, you actually promoteda feel good video for the Israeli public.
Hereby you actually ENCOURAGED the Israeli State and militaryto continue their policy of terror, oppression and murder!
AND you made use of a man, who openly promotes genocide!
Just when I thought, that the EU couldn’t sink deeper.
Listen to me well, mr Faabord-Andersen:
By giving the Israeli public and government the signal thatthe EU is not ”anti Israel” [you mean: anti the Israeli policyof terror and oppression, because that’s what Israel is], youare complicit in the Israeli occupation and all its crimes.By hiring a racist and genocidal guy to pronounce your ”EU is not anti Israel” message, you behave disgustingly.
HERE IS MY DEMAND
USE YOUR LEGAL WEAPON AND RECONSIDER OR ENDTHE  EU ISRAEL ASSOCIATION TREATY, AS LONG AS ISRAELDOESN’T MEET ITS OBLIGATIONS OF INTERNATIONAL LAW TO WITHDRAW FROM THE PALESTINIAN TERRITORIES, DISMANTLE ALL ILLEGAL SETTLEMENTS, TEAR DOWN THE ILLEGAL WALLAND RECOGNIZE THE PALESTINIAN RIGHT OF RETURN!
It is high time the EU makes the only possible stand:
That is fulfilling the International Law tregarding the IsraeliPalestinian conflict!
If you don’t you are responsible for ALL civilian victims in theconflicts, Palestinian and Isreali and will be thrown on the  garbagedump of history.
So simple is that.
So do your duty and finally show, that you have a conscience!

CHARTER OF FUNDAMENTAL RIGHTS OF THE EUROPEAN UNION
http://www.europarl.europa.eu/charter/pdf/text_en.pdf

ILLEGALITY OF THE SETTLEMENTS

”The Fourth Geneva Convention prohibits an occupying power from transferring citizens from its own territory to the occupied territory (Article 49).  The Hague Regulations prohibit an occupying power from undertaking permanent changes in the occupied area unless these are due to military needs in the narrow sense of the term, or unless they are undertaken for the benefit of the local population.”
BTSELEM.ORGLAND EXPROPRIATION AND SETTLEMENTS IN THE INTERNATIONALLAW
http://www.btselem.org/settlem ents/international_law
”Individual or mass forcible transfers, as well as deportations of protected persons from occupied territory to the territory of the Occupying Power or to that of any other country, occupied or not, are prohibited, regardless of their motive.”
ARTICLE 49, FOURTH GENEVA CONVENTION
https://www.icrc.org/applic/ih l/ihl.nsf/Article.xsp?action=o penDocument&documentId=77068F1 2B8857C4DC12563CD0051BDB0

INTERNATIONAL COURT OF JUSTICELEGAL CONSEQUENCES OF THE CONSTRUCTION OF A WALLIN THE OCCUPIED PALESTINIAN TERRITORY9 JULI 2004
http://www.icj-cij.org/docket/ index.php?pr=71&code=mwp&p1=3& p2=4&p3=6&ca

”Relations between the Parties, as well as all the provisions of the Agreement itself, shall be based on respect for human rights and democratic principles, which guides their internal and international policy and constitutes an essential element of this Agreement.”ARTICLE 2, EURO MEDITERRIAN AGREEMENTESTABLISHING AN ASSOCIATION BETWEEN THEEUROPEAN COMMUNITIES AND THEIR MEMBER STATES OF THEONE PART, AND THE STATE OF ISRAEL, OF THE OTHER PART21 JUNE 2000http://trade.ec.europa.eu/docl ib/docs/2010/april/tradoc_1460 89.pdf 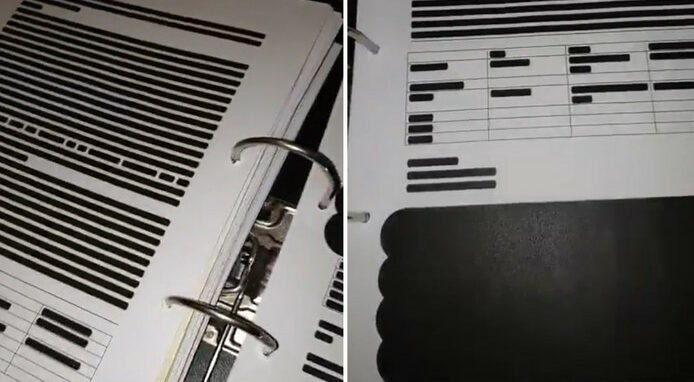 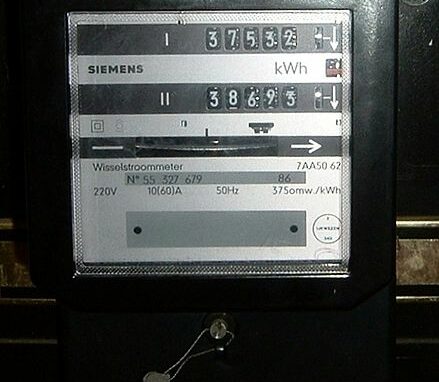 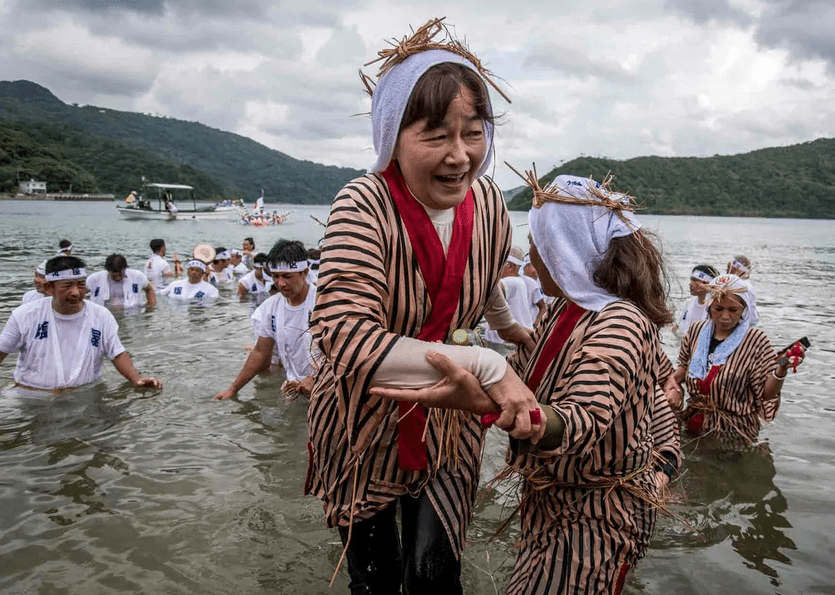 Band of Brothers, the Book