Eleutheria ou Thanatos:That was the slogan with which the Greek freedom fighters liberated themselves from the Ottoman rule [1]The same love for freedom  [although that oppression was far morebarbarous] inspired the black slaves to fight against the monstroustyranny of their white masters. [2]
Less dramatic, but comparable in modern times, was thechoice of Greek prime minister Tsipras during his negociationswith the EU capitalists [the Europtop, ECB, EU countries] oflast week.Capitulation or libeterty.And unlike the brave Greek freedom fighters, Tsipras choosefor capitulation.
He let himself intimidated by the EU gangsters and has agreed with even more strangling conditions then those because of which the negociations were broken off at 28th of june. [3]He issued a referendum against the 28 june EU proposals,the Greek people voted ”OXI” [4], making Tsipras utteringthe statement, that ”democracy cannot be blackmailed” [5]
What a bitter joke:A week later he himself was so ”blackmailed”, that he forgothis ideals and the needs of the Greek people.He surrendered to the worse EU loan condtions ever. [6]
With this treason, he and his Syriza party lost all credibility andbroke their election vows to the Greek people.Was it not Tsipras, who promised to end ”austeritypain? [7]Well, he agreed with the most painful austerity planever! [8]And his beautiful words have blown in the wind…..
INTERNAL WEAKNESS OF SYRIZA IN EU NEGOCIATIONS
Syriza [Tsipras] started with fundamental weaknessesin its negociating position with the EU:
The party didn’t reject the Trojka [ECB,IMF,EU] austerity measures as suchbut wanted a ”moderation” at one side and simultaneouslystaying friends with the EU creditors.That didn’t work, as 5 months negociations proved.Because the hard EU austerity policy is also a question of power:And of course, the mighty will not give away their power withouta fight.
Secondly, Syriza refused to consider breaking with the EU or the euro,which weakened their negociation marge.And instead of confronting the EU creditors after the Greek OXI,and demanding loans which were fairly spreaded over poorand rich and not only made the poor pay, he came with an austerityplan of his own, which was approved by the Greek parliament withlittle enthousiasm, while he shamelessly admitted, that hebroke his election vows. [9]
He remained begging for EU favours, not taking advantageof the fact, that a possible Grexit was not in the interest ofthe EU either [the domino effect on weak economies asSpain, Ireland and Portugal, Greece under possible Russian orChinese economical influence, political unrest in Greece, whichcould spread through Europe], but repeated his mantra, thatGreece would remain in the EU, whatever it costs.
”Well, the EU big shots said, ”pay the price” and came with a deal,which the Devil in Faust should not have improved them. [10]Take into consideration, that the EU powers wanted to punishTsipras for his audacity to question the austerity policy. [11]

EU DIRTY DEAL WITH GREECE”EXTENSIVE MENTAL WATERBOARDING”
So  the EU deal with Greece is called [12] and I think they’re right.
Not only this deal has been closed to put a blackmailing knife on the throatof Tsipras [Grexit or complete surrender]But also to show who’s boss:
Therefore the hard conditions, which imply neo colonialismand bitter strangling of the Greek people.
For the neo colonialism part:Relevant legislation [about banking and economicbusiness] must be showed to the Trojka [or financial institutions,as this gangster group is called now], before even going toparliament, which is, of course, a scandalous violationof the Greek sovereignty:
Read with me”“to fully normalize working methods with the Institutions [= de Trojka] (…) The government needs to consult and agree with the Institutions on all draft legislation in relevant areas with adequate time before submitting it for public consultation or to Parliament.”  [13]
Regarding austerity measures:Further cutting in the pensions, privatisations [demanded by the EU],violation of social rights like the right to strike and better workingcontracts. [14]
And that in a country, which already have been cutted heavily in pensionsand with very lows salaries!
HUMANITARIAN TRAGEDY IN GREECE
How was the humanitarian situation in Greece, beforethis dirty EU deal of 12 july 2015?Bad, bad, badWith thanks to the EU austerity policy……
A grip:Half of the population is living under the poverty rate,one third is umemployed [two third of the youngerpeople], there is a lack of medicines and suicide ratesare high. [15]
And yet stricter austerity measures?With which Tsipras agreed!
In an interview this man has the nerve to say, that adoptingthe drachma ”would have devastating effects on Greece and particularly the poor.” [16]
Of course Mr Tsipras, I almost forgot that now the Greek poorare living in a welfare paradise!Thanks to the Trojka and you as their accomplice.
Well, I wish you much success trying to sellthis deal of the Devil to the Greek people,who believed your empty promises, Mr Tsipras!

GREXIT OR EU CAPITULATION?
We know the consequences of a Grexit [Greece to leave theeurozone].All ECB support to Greece stops and the banks will fall.The banks can’t go to the Greek government, which has nomoney either.No euro’s anymore and the choice will be made for the drachma,inflation, European products will be highly expensive.Misery, misery, misery. [17]But how the situation is now and in the future, underEU domination?Misery too and neo colonialism.

Besides, Grexit also has its dark sides for the EU:I already mentioned the domino effect, and the EU fear,that Greece will turn to Russia and China for financialsupport and so under their influence.So the EU also has something to lose and Tsipras,with his obsession to stay in the euro, didn’t even made useof that.
If he had liberated the country of EU neo colonialism,at least there was a proud population, taking their fate’in their own hands and going their way, however hard,
And what now?Further humiliation, poverty and the greatest danger of all:That the neo nazi party the Golden Dawn will exploit the Greekmisery in its own interest, encouraging the feelings ofhumiliation in a dangerous chauvinistic and racist direction.Yanis Vafoukis, former Greek minister of finance, warnedstrongly for this hugh danger. [18]

EPILOGUE
Tsipras has betrayed his ideals, election promises and thepoor Greek people. [19]With his election victory, he promised a social and humaneGreece en undoubtedy with a good intention, but intentionsonly are not enough in politics.He knew from the beginning, that he had to deal withhard neo liberal capitalistic EU politicians, gangsters, whodidn’t care to plunge the Greek people further into misery, wheneverthey could hold their economical power over Greece.
He did not fight fire with fire, but almost begged to stay in the EU/euroand only wanted to limit the damage of austerity, not to questionausterity politics as such.
And when he played a good card, calling for a referendum, he didnottake advantage of the Greek OXI, worse, he didn’t keep hispromise, came with an austerity plan himself and eventuallylet himself intimidated into the worst austerity plan ever.
The Greek have to fight with all measures, mass strikes,mass protests and demonstration to prevent this EU Devildeal will pass parliament.
And even when it passes, to ignore it and double thestruggle, even with arms, if necesaary.
That’s the only way to establish a humane and socialGreece, with room for everyone, Greeks, refugees andmigrants.
A Grexit will be necessary, so be it.
Greek people, fight the EU criminals and Tsipras and co,their accomplices.
For real freedom and equality.
Remember
ELEUTHERIA OU THANATOS!

””We ask you to reject it with all the might of your soul, with the greatest margin possible,” he said on Monday.”

”Today, he says, Greece has proved that democracy cannot be blackmailed; Greeks have made a brave choice, and one which will change the debate in Europe.”
THE GUARDIANTSIPRAS/DEMOCRACY CANNOT BE BLACKMAILED
http://www.theguardian.com/business/live/2015/jul/05/greeces-eurozone-future-in-the-balance-as-referendum-gets-under-way–eu-euro-bailout-live#block-5599958be4b032a39a3ba927

Mr Tsipras said the bailout deal “entails many proposals that are far from our pledges”, but he added it was “marginally better” than the proposals put forward last month by creditors.”
BBCGREECE DEBT CRISIS: MPs BACK BAILOUT REFORMPLAN11 JULY 2015http://www.bbc.com/news/world-europe-33491452

ON THE EURO SUMMIT’S STATEMENT ON GREECE:FIRST THOUGHTSYANIS VAROUFAKIS14 JULY 2015

ON THE EURO SUMMIT’S STATEMENT ON GREECE:FIRST THOUGHTSYANIS VAROUFAKIS14 JULY 2015

THE NEW YORKERWHAT AUSTERITY LOOKS LIKE INSIDE GREECE31 MARCH 2015

THE GUARDIANOXFAM WARNS ON EUROPEAN POVERTY ANDSAYS GREECE IS IN A ”TERRIBLE STATE”12 SEPTEMBER 2013
http://www.theguardian.com/business/2013/sep/12/european-poverty-oxfam-warning

”“I never had a plan B” the Greek prime minister said and added that adopting the Drachma would have devastating effects on Greece and particularly the poor.”
THE GREEK REPORTERGREEK MP TSIPRAS INTERVIEW: ”A BAD DEALWAS MY ONLY OPTION TO SAVE GREECE”14 JULY 2015

BBC NEWSWHAT WOULD HAPPEN IF GREECE QUITS THE EURO?18 FEBRUARY 2015

THE INDEPENDENT IRELANDNEW PROPOSALS SEEN AS BETRAYAL AS OXI VOTERS ASK:WHY DID WE FIGHT THEN11 JULY 2015
http://www.independent.ie/opinion/comment/new-proposals-seen-as-betrayal-as-oxi-voters-ask-why-did-we-fight-then-31368693.html

Rail to the COP 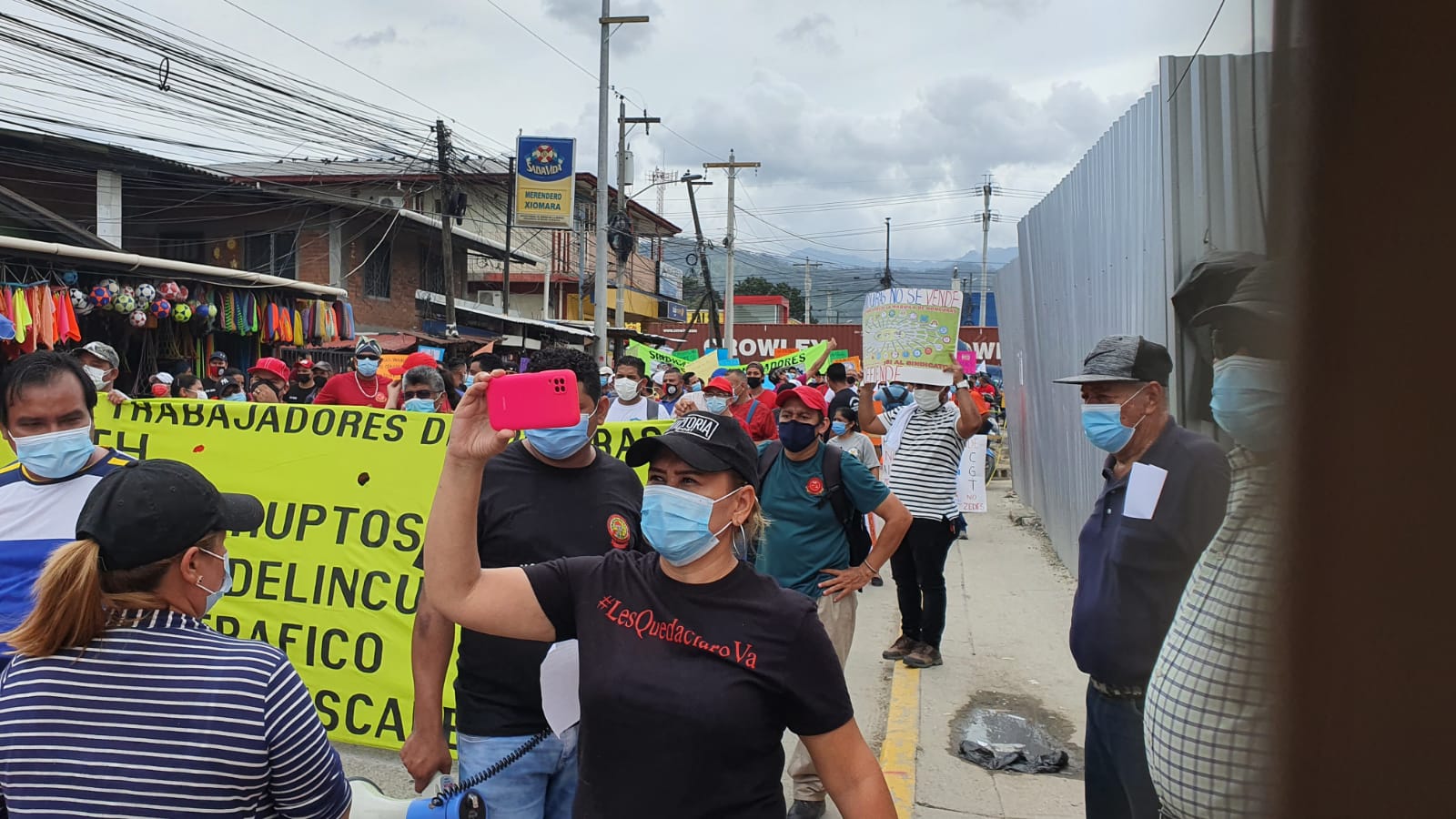