The airstrike triggered multiple secondary explosions in the factory, devastating the surrounding area and killing dozens.’

IS CONFLICT: DUTCH AIRSTRIKE KILLED ABOUT 70 PEOPLE IN IRAQ IN 2015

”Recent news reports have exposed Dutch involvement in an airstrike in Iraq in June 2015 that killed at least 70 civilians, with the Minister of Defense finally admitting on November 5, 2019 that the ministry had known about the deaths after years of denial.

Two Dutch news outlets, NRC and NOS, reported on October 18 that a Dutch F-16 pilot staged the attack on the town of Hawija, 20 kilometers southeast of Mosul, which ISIS had captured in June 2014. At the time, the Netherlands were part of a coalition conducting operations against the Islamic State (ISIS) in Iraq and Syria.”

Netherlands Remained Silent Over Role in 2015 Airstrike For Four Years

Defence Minister Anna Bijleveld said “the relationship between perished [IS] fighters and civilian casualties could not be determined afterwards”.

She said the intelligence before the strike had indicated that “there were no civilians in the immediate vicinity of the target”.

IS CONFLICT: DUTCH AIRSTRIKE KILLED ABOUT 70 PEOPLE IN IRAQ IN 2015

”Hawija (Arabic: الحويجة, Al-Ḥawīja‎) is the centre of Al-Hawija District in the Kirkuk province of Iraq, 45 km west of Kirkuk, and north of Baghdad. The town has a population of about 100,000 inhabitants.”

lives and their moral and physical integrity. They shall in all circumstances be protected and treated humanely

without any adverse distinction.

Attacks shall be directed solely against military objectives.

The Court may exercise jurisdiction in a situation where genocide, crimes against humanity or war crimes were committed on or after 1 July 2002

The Court may exercise jurisdiction in a situation where genocide, crimes against humanity or war crimes were committed on or after 1 July 2002 and:

The ICC is intended to complement, not to replace, national criminal systems; it prosecutes cases only when States do not are unwilling or unable to do so genuinely.

The public prosecution service has independently decided to investigate four cases,included  three cases that were investigated by the ministry of Defence over which your Parliament has been informed confidently and publicly.
As has  been shared with your Parliament, the cabinet finds it very important to share open and transparent communication, even when the news is bad.
This is also explicitly the case, in the exceptional cases when there are possible civilian victims due to Dutch military operations.
That’s why the cabinet finds it very important to inform your Parliament about those specific cases.
In general, the consideration between transparency and national security is leading.
The  public prosecution service has investigated the following four cases and saw no reason for a follow-up investigation”
STATEMENT TO THE PARLIAMENT ABOUT THE BOMB ATTACK ON HAWIJA AND THE DEVELOPMENTS CONCERNING THE ANTI ISIS COALITION
http://content1b.omroep.nl/urishieldv2/l27m677e797b0a39d024005e63ac48000000.df389e427806cc57454a8a856b1f7358/nos/docs/181019_kamerbrief.pdf
[17]

The seven fundamental rules which are the basis of the Geneva Conventions and the Additional Protocols.

lives and their moral and physical integrity. They shall in all circumstances be protected and treated humanely

without any adverse distinction.

2 – It is forbidden to kill or injure an enemy who surrenders or who is hors de combat .

3 – The wounded and sick shall be collected and cared for by the party to the conflict which has them in its power.

cross or the red crescent is the sign of such protection and must be respected.

4 – Captured combatants and civilians under the authority of an adverse party are entitled to respect for their lives,dignity, personal rights and convictions. They shall be protected against all acts of violence and reprisals. They shall have the right to correspond with their families and to receive relief.

5 – Everyone shall be entitled to benefit from fundamental judicial guarantees. No one shall be held responsible for an act he has not committed. No one shall be subjected to physical or mental torture, corporal punishment or cruel or degrading treatment.

6 – Parties to a conflict and members of their armed forces do not have an unlimited choice of methods and means of warfare. It is prohibited to employ weapons or methods of warfare of a nature to cause unnecessary losses or excessive suffering.

object of attack. Attacks shall be directed solely against military objectives. 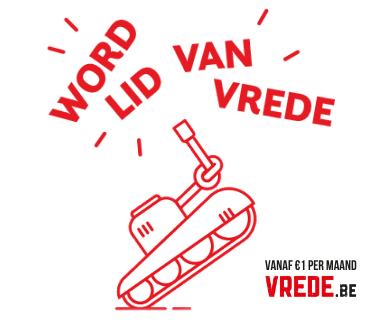