Coronameasures and the Grapperhaus case/Coronameasures of the Dutch government are stupid, unresponsible and dangerous/Letter to the Editor

Spread the love
CORONAMEASURES AND THE GRAPPERHAUS CASE/CORONAMEASURES OF THE DUTCH  GOVERNMENT ARE STUPID,
UNRESPONSIBLE AND DANGEROUS/LETTER TO THE EDITOR
SEE ALSO
https://www.astridessed.nl/coronameasures-and-the-grapperhaus-case-coromameasures-of-the-dutch-government-are-stupid-unresponsible-and-dangerous/
BEFORE:
As you know, dear Readers, I wrote a Letter to the Editor about the Dutch coronameasures, which I sent to a number of Dutch and Belgian newspapers]
https://www.dewereldmorgen.be/community/coronamaatregelen-de-zaak-grapperhaus-en-de-levensgevaarlijke-onverantwoordelijkheid-van-het-nederlandse-kabinet-ingezonden-stuk/
At the request of someone I highly value for her excellent scientific historical work and who has become a valued and dear emailfriend [as I may say so], I sent her my Letter to the Editor.
And although she can read Dutch well, I consider it as a special gesture to her,  to translate my Letter in English too.
And I wished to share it with you too.
Astrid Essed
HERE MY LETTER TO THE EDITOR
TITLE [As I have emailed it to the papers]
”CORONAMEASURES OF THE DUTCH  GOVERNMENT ARE STUPID,
UNRESPONSIBLE AND DANGEROUS”
Letter to the Editor
The Roman philosopher and statesman Marcus Tullius Cicero warned the Senate [aristocratic precursor of the contemporary parliaments] in a number of speeches against a [finally prevented] coup d’etat of co senator Lucius Sergius Catilina.
Without having the audacity to compare myself with Cicero, by means of this Letter to the Editor I want to warn against the dangerous Corona policy of this government, that is becoming worse and worse, despite the treath of a second Corona wave.
The relaxation of the Corona measures, the socalled Corona trainbook [”Corona
spoorboekje], announced on 6th of may which implied except for the opening of schools and barbershops, the opening of almost the whole Dutch social live like the cafe’s, cinema’s, etc, has turned to be highly dangerous,  because it led [especially in cafe’s] to more and more infections.
And to make matters worse, lesser and lesser people followed the necessary coronarules, like social distancing and avoiding  crowded places.
And what is the policy of this government regarding those negative developments?
Instead of tighten reins more [for example a lockdown of cafe’s and other outbreaks of contamination [like for example cafe’s or perhaps cinema’s], this government does nothing else to declare that discotheques and nightclubs remain closed [that had to be added!] and  ”advising” people to follow the rules [that are violated increaslingly], giving ”advice” to go in quarantaine after visiting countries with ”code orange” [countries with great coronarisks] and an ”advice” to let yourself tested on corona.
The political stupidity is, that an ”advice” need not to be followed, but a legal prohibition is binding.
Why no mandatory testing at Schiphol Airport, when people return from risk countries and mandatory quarantaine [at Schiphol Airport] when tested positive on Covid 19?
Why the GGD [Dutch Healthcare Centre] [1] has no centres where people are going in mandatory quarantaine when tested positive on Covid 19?
Then there is a chance to avoid the second corona wave instead of stupid talk about ”own responsibility” and [a quote from prime minister Mark Rutte] ”I am no dictator”
This isn’t a  joke!
It concerns maybe thousands of people, who can lose their life in the second corona wave, also predicted by some virologists.
And what also helps is, that ministers [here mr Grapperhaus, minister of Justice and Security] follow the very rules they have set, in stead being a cry baby in parliament. [2]
A minister of substance would have done the right thing, namely resign.
No wonder people increasingly don’t follow the coronarules, when ministers, who are responsible for maintaining the rules, don’t care about those rules at all!
When this government doesn’t want a pandemia like the Spanish Flu [1918-1919, 38 thousand dead in the Netherlands] it is high time to take strict measures.
To save public health and to prevent worse.
Astrid Essed
Amsterdam
P/S
NOTES
[1]
DUTCH HEALTH CARE CENTRE, THE GGD
GGD
https://www.ggd.amsterdam.nl/english/
Not only in Amsterdam of course, the GGD has centres through the whole country
[2]
”In August 2020, Grapperhaus caused a public controversy when news media reported about the lack of social distancing at his own wedding amid the COVID-19 pandemic in the Netherlands.[9]
WIKIPEDIA
FERDINAND GRAPPERHAUS/CONTROVERSY
https://en.wikipedia.org/wiki/Ferdinand_Grapperhaus#Controversy
ORIGINAL SOURCE’
WIKIPEDIA
FERDINAND GRAPPERHAUS
https://en.wikipedia.org/wiki/Ferdinand_Grapperhaus
NL TIMES.NL
JUSTICE MIN APOLOGIZES TO STAFF FOR BREAKING COVID RULES
5 SEPTEMBER 2020
https://nltimes.nl/2020/09/05/justice-min-apologizes-staff-breaking-covid-rules
TEXT

After surviving a debate with very critical parliamentarians about him breaking social distancing rules at his wedding, Ferdinand Grapperhaus also wrote a letter to employees of the Ministry of Justice and Security, apologizing for not adhering to the rules that he as Justice Minister is responsible for enforcing.

“I also sent a letter around my department to the people, giving the same accountability as I did in parliament,” Grapperhaus said to newspaper AD. “I did not serve as an example and for that I am very sorry. That this should not have happened with me as Minister of Justice and Security either.”

During the parliamentary debate, which lasted hours on Wednesday night, parliament asked the Minister to ensure that not everyone who gets a fine for violating a coronavirus rule gets that mentioned on their criminal record. Grapperhaus said that he would start working on that. Though he added that people who deliberately and aggressively break the coronavirus rules, such as by spitting in someone’s face for example, should still get that on their criminal record.

A visibly emotional Minister Ferdinand Grapperhaus of Justice and Security again apologized for not adhering to coronavirus rules at his wedding during a parliamentary debate on the matter on Wednesday. Despite the criticism against him, he finds he has enough credibility to enforce the coronavirus policy. He did say that he would look into whether coronavirus fines could be kept off of people’s criminal records in some cases.

Photos from the Grapperhaus’ wedding show him not only standing too close to his guests, but also shaking hands and hugging people. “During my wedding, compliance with the coronavirus measures went wrong. I have expressed my regret about this and I am doing that again today to the parliamentarians,” Grapperhaus said. “I didn’t do it right myself. I got caught up in the events of that day.” The Minister was visibly overcome with emotions and had to pause. “We talked about it at home. We said to each other: if only we had done it just the two of us together.”

Parliamentarians from the entire political spectrum raised doubts about whether Grapperhaus could still credibly enforce the coronavirus policy. He believes that he can. “Let one thing be clear: I fully support the corona policy that we have agreed on and implemented with the cabinet and I will continue to propagate that in the future.”

MPs also asked him how citizens should accept fines that go onto their criminal records for breaking the same rules he did. Grapperhaus said that he would look into whether these fines can be kept off of people’s criminal records in some cases. But he wants to keep that note on the criminal record for people who spit in the face of others, are aggressive, and deliberately flout the corona rules, he said.

When asked about waiving the fines, Grapperhaus said that was absolutely impossible. The decision of whether a fine was justified or not lies with the Public Prosecution Service and the courts, and the Minister has no businesses interfering with that, he said.

As Minister of Justice and Security, Grapperhaus was responsible for enforcing the coronavirus rules. Opposition parties called it scandalous that he then broke the two most basic rules in place to curb the spread of this virus – staying 1.5 meters apart, and not shaking hands. “Making a mistake and standing too close to someone else can happen to us all,” GroenLinks leader Jesse Klaver said before the debate started. “But shaking hands, you just don’t do it, especially as Minister of Justice. It was the first agreement we made in March.”

The first photo, showing Grapperhaus standing in a group of people, surfaced last week and caused an uproar in the media. A big part of the criticism against Grapperhaus was that he broke the rules, despite the fact that he always stressed the importance of adhering to them and even lashed out at Netherlands residents who did not do so, calling them “anti-social” among other things.

The union for enforcement officers NBB, whose job it is to fine citizens for breaking the same rules Grapperhaus did, raised this same issue. “The understanding for the corona fine is getting smaller. And the enforcer is noticing this. It is complicated to explain why people can get a corona fine if the responsible Minister himself does not comply with the rules,” NBB chairman Richard Gerrits said to NOS earlier this week.

Grapperhaus eventually apologized, saying that he feels especially bad given he has to set an example as a Minister. He paid 780 euros – twice the amount of the fine for not adhering to the coronavirus rules – to the Red Cross, but was not officially fined. Then on Tuesday, more photos surfaced, showing Grapperhaus shaking hands with people and embracing his mother-in-law.

During a press conference on Tuesday, Rutte did not specifically mention Grapperhaus, but he did talk about social distancing and fines for not adhering to the rules. “The 1.5 meters is always necessary everywhere,” Rutte said about social distancing. “Sometimes difficult to maintain. Sometimes you’ll bump into someone on the street. I really get it. And again, we’re not all perfect. And it is not the case that the police immediately impose fines, it does not work that way. Relatively few fines are imposed.” 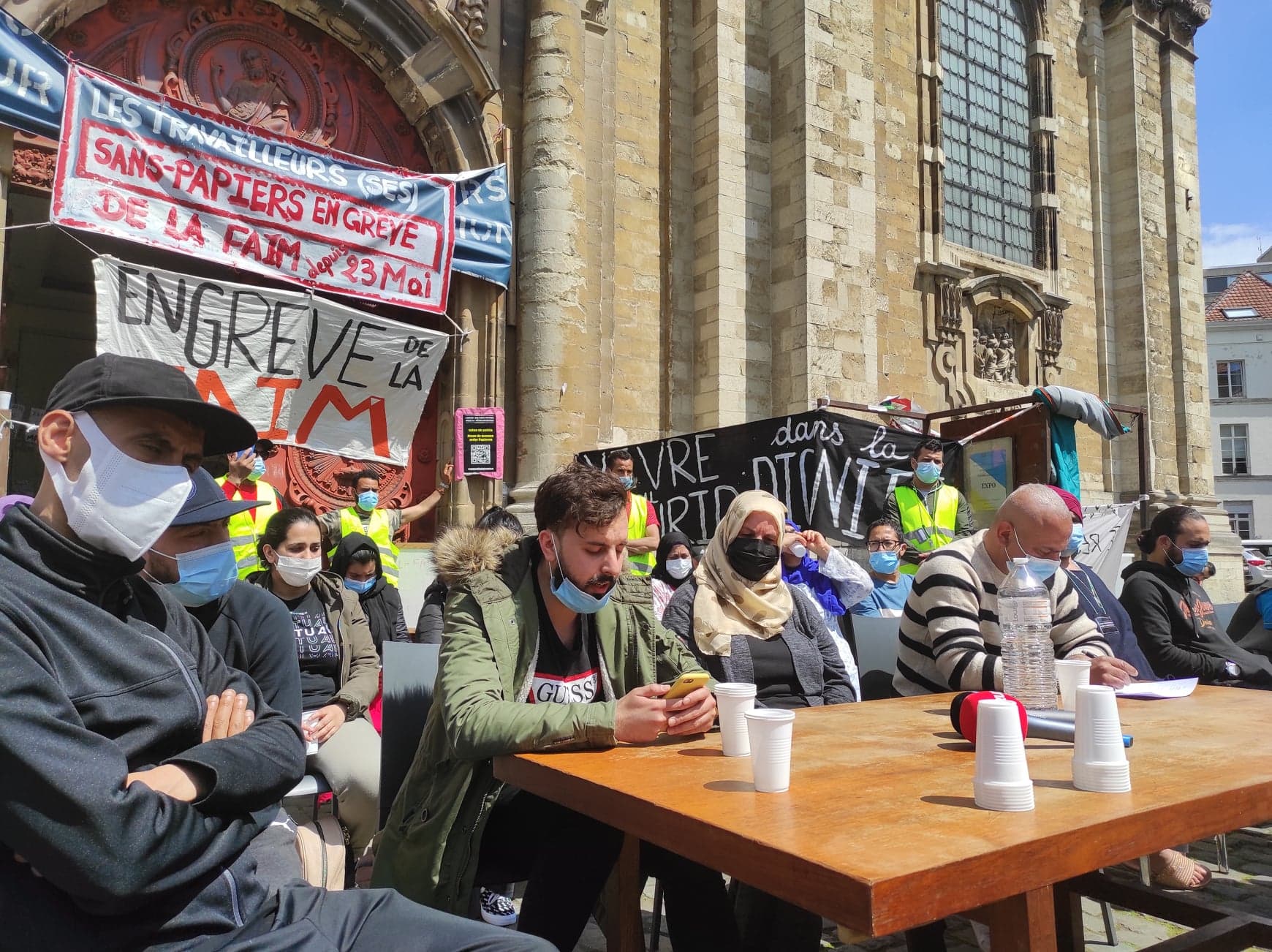 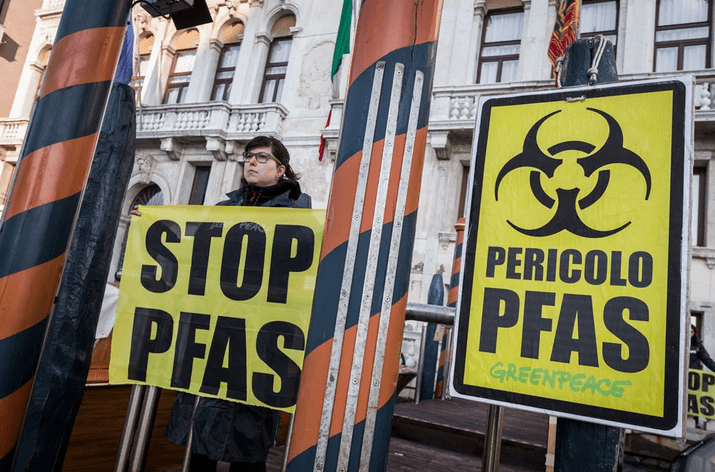 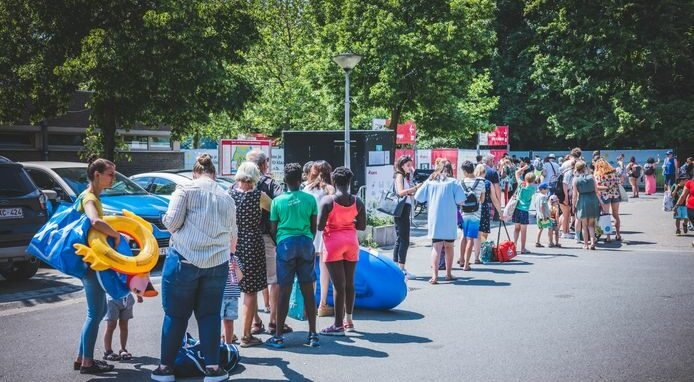