The worldwide recession is threatening progress on everything we care about, including strong action on global climate change and poverty — but this week, we could turn the tide of economic and environmental destruction.

The weak economy gives governments and big business an excuse for abandoning commitments to climate change and aid targets — when in fact a global green jobs and stimulus plan would help solve both problems at once. French President Sarkozy just became the chair of the G20 group of the world’s largest economies. With leading economists advocating coordinated action, we can urge Sarkozy to put this initiative at the top of the G20’s priorities.

President Sarkozy has a record of dramatic popular action — a massive outcry this week can persuade him to become a champion for a global green jobs and stimulus plan. Former UK Prime Minister Gordon Brown has urgently appealed to Avaaz to act. Click below to watch his appeal and sign the petition:

Negotiators meeting this week in climate talks in Cancun, Mexico are blaming their inability to reach a real deal on the weak economy. But we already know that unchecked climate change poses an enormous threat to livelihoods and economic stability worldwide – and that governments have to act now and invest together to counteract the damage.

Government spending on a global green investment plan may be the only way to create a virtuous cycle of economic prosperity and environmental sustainability. The global recession has already thrown 100 million people into unemployment and back into poverty, but governments across the world are responding in exactly the wrong way: ignoring environmental commitments, implementing protectionist policies and slashing welfare spending and global development assistance.

This approach causes still more poverty and economic contraction, and further diverts government attention from real action on climate change. It’s precisely when the markets are failing that governments must step in together to curb the excesses of the global financial system, create jobs and protect the worst-affected citizens.

We have already lost ground, but it’s not too late. The discredited economists who drove the bubble economy and disastrous environmental degradation are giving way to fresh thinkers — including, surprisingly, at the International Monetary Fund, which is finally questioning its past insistence that countries in crisis cut their budgets. Brown and other prominent figures are making the rounds to world leaders to encourage global collaboration. But a worldwide citizens’ movement is the only force that can make this happen. Let’s raise our voices now for leadership to invest in green jobs and protect both our citizens and our climate from great hardship:

Global cooperation can build success upon success: as we recognize that our destinies are interlinked, a joint, green recovery can pave the way to the world we all believe in. Let’s seize this moment to raise a cry for that greater vision — of an economy that lifts us all towards a brighter, greener future.

P.S. Winning a global economic revival will take time. But this moment, when the G20 is deciding its priorities, is a pivotal chance to make a difference. Join the call for a global jobs recovery here:

Vlaamse Vredesweek / Sing for the Climate 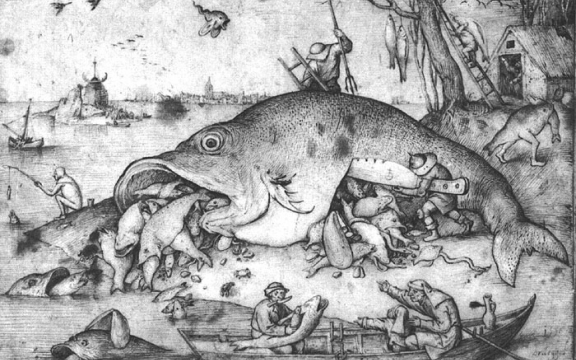