I have now been in Yangon for just over a week and am beginning to settle in to a country. When arriviing into Yangon I was thrust into the middle of the Burmese new years celebrations, a four day water festival called Thingyan. During this festival the streets are buzzing with people. Trucks drive around the city rammed with men, women and children of all ages. These trucks and any other passers by are attacked with water buckets and hoses by large groups who assemble next to blaring sound systems. I of course joined in and was very relieved to get drenched and cool down in the heat of the Burmese summer. I must warn people to be weary of the cheeky smiling child who has concealed a bucket of freezing ice water. Thingyan is a good  spirited and it is possible that spirits were higher given the results in the 1st of April by-election. After drying out my clothes the real settling in processs began. Talk was in the air and in the press about the lifting of sanctions against the country and also about a boycott Aung San Suu Kyis NLD.  A few days pass and it appears that the talk is becoming a reality.

Aung San Suu Kyi and the 42 other elected member of her party were meant to enter into government for the first time today. The seats the NLD took in the by-election only represent 7% of the total seats in parliament, but do represent a huge step forward for a country ruled by a military dictatorship for so long. The NLD have refused to enter office until the wording of the oath that all new parliamentarians must swear by is changed from “abide by and protect” to “abide by and respect” the Constitution. Thein Sein the president of Burma while on a visit to Japan has come out today and said that the wording of the constiution could revised “if it is in the public interest”. So where does this leave the NLD, will they have to swollow some pride and enter into governement or will they mobilize the huge support they have across the country and in turn make a clear statement to the ruling government about where support across the country lies and what is in the public interest. But as the NLD wait the world lifts sanctions.

Moves by president Thein Sein and his USDP ruling party over the past few months have been praised by politicans globally, leading very recently to the lifting of many of the sanctions imposed against the former military ruled country. Today the EU lifted all sanctions bar the arms embargo and other governments look set to to follow suit. The EU has however stipulated that sanction have been suspended for a year and are due to be reviewed. The regime has been praised for the steps forward that it has made in becoming more democratic and sorting out some of the long running ethnic conflicts. But has it really made real moves forward and does the rhetoric match the reality on the ground?

Although some of the ethnics areas are at peace, one major group is still at war with the regime. Kachin lying is Burma’s most northern state has a vast supply of natural resource. A large chunk of the state is in control of the ethnic Kachin Independence Army (KIA). The offensive by the Burmse government over the past months after the breakdown of peace has seen thousands displaced by the conflict. Human Rights Watch have reported that villages have been burned to the ground and women raped by the Burmese army. Over the last four days the Burmese army have reportedly stepped up there offensive against the KIA and are planning to make a larger offensive on the KIA controlled capital of Laiza. When calling the The Kachin News Group who report on issues in Kachin the person we talked to said taht the burmese army have used mortars laced with an unidentifiable chemical component as part of the recent offensive, making those hit by the chemical become unconscious and vommit. The conflict as a whole has received very little attention and coverage in the western media. Yet it appears that the government are continuing to commit crimes and breach international laws, somewhat out of the site of the world.

Playing into the hands of the old heads

Surely  lifting sanction without trully understanding what is happening at the grass-roots level is a little naive. People i have talked to hear feel that Thein Sein is just a puppet and that power in Myanmar is still in the hands of the military, a military who have indiscriminately killed thousands of innocent civilians in the past and continue to do so to this day. The lifting of sanction stands to play into the hands of the olds heads and ruling elite. It may open up new business opportunities that will more than likely enrich the cronnies wallets further. 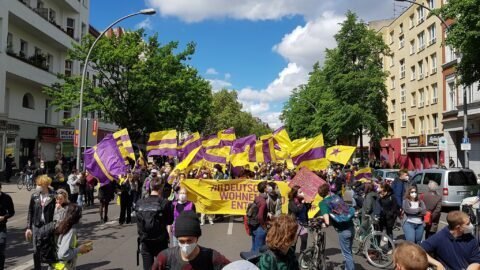