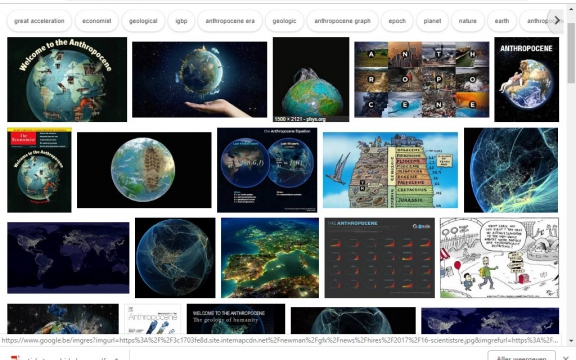 Postscript to the Anthropocene

Humans are part and parcel of the great global common which is the biosphere, the ecosystem of planet earth. Some call it Gaia (Like Stengers and Latour). On this planet earth the human species has become the predominant species, insofar as an entirely new geological epoch has been named after ‘Man’: the Anthropocene. Our predominance as a species puts the ecosystem in danger. The prophecies of ‘Limits to growth’, the famous report to the club of Rome, of 1972,  come true: we are in ecological overshoot, with climate change and loss of biodiversity, sea level rise, refugees crises, new conflicts, etc. as consequences. But the term Anthropocene suggests Man on his triumphant march through history as his-story (as Isabelle Stengers squarely put it), even if it proves disastrous. Maybe we need another history: her-story. Exit the Anthropos.

Capitalism should be blamed and shamed for this destructive growth (many claim), not the human species as such, as a large part of the world population are almost entirely innocent to these changes and its logic. We should (T J demos claims) be ‘against the Anthropocene’. Blaming the species is diffusing the guilt.  Exit the Anthropocene.  Enters Capitalocene. And other terms. Unspeakable ones like ‘Chtutulocene’(Donna Haraway) … Fair enough. Feminism, decolonisation and all that… But our footprint is also mere result of our demographic explosion, which cannot in itself be blamed on capitalism; but rather on progress in medicine for instance, so if it is a result of capitalism, it can hardly be blamed for it? Lack of education of women is a lack of feminism but is it to blame to capitalism? Or only to colonialism? Timothy Morton blames it on agrilogistics, the culture that came into being with agriculture, and that split nature from culture. We are a vector of destruction from the beginning. Dark ecology.

Whatever the case might be, the tragic world historical irony that is unfolding in front of our eyes, is that the demographic explosion is largely playing out in the global south, mostly Africa, parts of South East Asia and to a lesser extend Latin America. The migration crisis that has just begun, is the coming together of climate change (caused by the Northern – imperialism/capitalism) and the demographic explosion (taking place in the South – the ex-colonized). Globalization and the interdependency that comes with it, and the one ecology of the biosphere (therefore called Gaia or not) makes such nice opposition between the good and the bad side ridiculous, unfortunately.

Let’s not beat around the bush, the fact is that today, we humans, are on the brink of becoming a plague to Gaia, a scourge to planet earth (for even in its geology it is scared, in its bones so to speak). Under the conditions of relentless ‘creative destruction’ and the ‘extractivism’ of carbon based capitalism, the naked apes are becoming a plague to all other species and the ecosystem itself. As we are hitting the limits of the ecosystem, we are also rats on a sinking ship. The planet of the naked apes is in overshoot, meaning ecological disaster.

The dream of exodus has begun. No, it is coming true. Elon Musk, Richard Branson and Bill Gates are working on it – the captains of industry and the world elites will try to have an escape ready, just in case. This is the age of realized science fiction, day by day a bit more. Against this macho transhumanism our resistance: from other-globalism over occupy to the commons movement and the anti-anthropecene discourse. Against the conspiracy between state and market called neoliberalism. So far this new phase of technocapitalism has proved deadly for the biosphere on a global scale. On a more local social scale, the economic crisis has brought scarcity to the doors of Southern Europe (Greece, Spain and Portugal). Both these phenomena have fueled what has been termed ‘the rediscovery of the commons’.

As the commons are under threat, we become aware of the commons. The unholy trinity of neoliberalism, liberalization, deregulation and privatization, has unchained a new wave of enclosures (from land grab over gentrification, from gating to patenting). The new wave of enclosures and the rediscovery of the commons and form a crucial constellation of our time.  Against the new wave of enclosures that threaten the global commons, this book is devoted to the disclosures of the (un)common(s). Disclosing the uncommon might be the only way to unravel the riddle of what we have in in common, beyond identity. What can local commons mean for a transition to a circular, not carbon based economy? How to preserve this universal common, the biosphere, for humans and nonhumans? The attempts to enlarge the concept of law to nonhumans is a noble goal (animal rights and all that), but it seems futile in comparison with the business as usual of extraction and growth.

The challenge of this book (or this course) is thinking the biosphere, and other universal commons (like language and knowledge) from the perspective of the local commons. The local commons, the commons in the proper sense, are 1) self-organized community, that 2) govern via rules 3) a resource, or ‘common pool resource’. Besides the perennial examples of Noble Prize winner Elinor Ostrom – alp meadows, fishing grounds and irrigation systems, Wikipedia is a schoolbook example of a commons in the digital age: a self-organizing community with rules resourcing and disclosing all the knowledge of mankind as a common, for free, beyond, beside, without state nor market. Hence the great hope for the commons not as something from the past (before the original accumulation and the first wave of enclosure at the beginning of the 16th century, to which Morus so vehemently reacted in his book utopia) but as something of a model for the future, a future beyond state and market.

Hence the title of this book (and this course): Disclosures of the (un)common(S). I know, it is confusing, but for now: the commons [with s] are concrete and local, the common [without s] is abstract, universal or global. (All this will become clear … more or less … I hope.)

Bye-bye to the anthropocene (of the geo-engineers) and bye-bye to utopian posthistory (of anarcho-communism). What we need is: a philosophy of history for the present day. Presence of Mind. Exercises in speechlessness.  Lessons in urgency. The true hope is in the new cross cultural communities, be it my local neighborhood or my global students. I therefore dedicate this book to these (more or less) self-organizing communities of my (our) students. ‘Future shock is culture shock’ is one of my new slogans, so, exercises in globalization we will need. Fasten seatbelts. 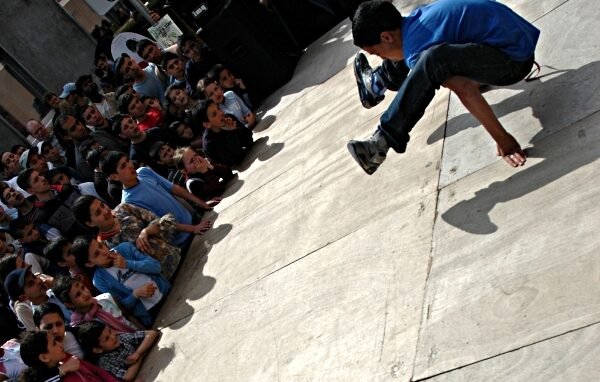