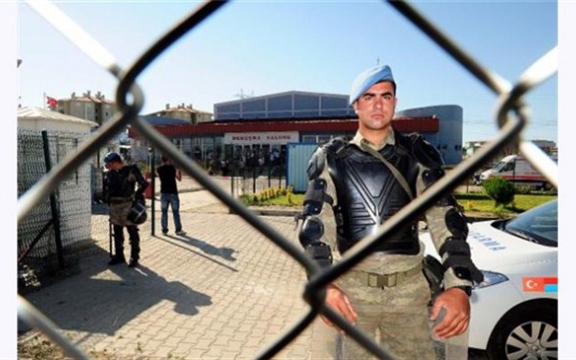 Guantánamo Bay Istanbul – Kafkaesque trial in the Middle of Nowhere

The first day of the trial of 194 members (some sources speak of 205) of the Pro-Kurdish Peace and Democracy Party (BDP) was Kafkaesque. Among the accused are, beside party members of the BDP journalists, intellectuals and academics like Busra Ersanli and Ragip Zarakolu and even students, like young Busra, who is 22. I was present as a member of the international delegation of the World Tribunal on Iraq network.

The court is a hangar in the middle of the fields outside Silivri, a seaside resort of sorts at the outskirts of sprawling Istanbul. The location is officially called: ‘The Camp of the ?nstitution for Punishment Execution in Silivri’ The ‘jandarma’ was heavily present with helmets, shields, armoured vehicles and all, I even saw some tanks. This setting gives it all away at once: the state of emergency and the rhetoric of high security and repression. The theatre of terror.

It was very difficult to even reach the court. Buses of BDP members were not allowed entry to the court’s ground, some stopped already in various neighborhoods throughout Istanbul, from where they were trying to leave towards Silivri. Getting into court itself was also difficult; some family members had to stay outside. All the members of the first group of our international delegation got finally in: beside Fabio Marcelli, a specialist in international law, member of the International Association of democratic Lawyers,  Luisa Maria Hernandez- Abia, also a lawyer and member of the Spanish CEOSI antiwar group, and the Iraqi Journalist Eman Khammas.

The mission of our delegation is to observe the trial of Ayse Berktay, one of the founders of the World tribunal on Iraq. She was lifted from her bed one morning last October; she was in jail ever since. 10.000 people have been arrested in these so called ‘KCK operations’. Based on the antiterrorism law, a wide sweep of arrests is used to criminalize activism, outlaw an elected party, based on arrests without evidence, illegal evidence as telephone tappings, etc. The logic of it all was culpability by association: the BDP being associated with KCK, which is considered the urban branch of the PKK, and a reversal of proof: presumed innocent becomes presumed guilty. Even people who defend the arrested can be apprehended. The aim is to spread fear and silence all democratic opposition. Some forty lawyers have been arrested so far. This is really undermining the legal process itself. It is giving up the last semblance of democracy and the state of law.

It defies the imagination that Ayse Berktay for instance is accused of terrorism because of her activities inside the World Tribunal on Iraq. This was a people’s court to defend international law against the illegal invasion of Iraq. As I repeated again and again in interviews: Ayse is not a terrorist but an idealist working for peace and democracy. Here a quote from her dossier, that we as a member of the delegation got our hands on: “QUESTION: Within the framework of efforts to identify individuals who are active in the Istanbul city executive of the KCK/TM, which is a formation of the PKK terror organization, it is understood that you are involved in these activities.  It has been determined that between 1998-2006, you have travelled abroad multiple times; it is being evaluated that you were active abroad in the framework of your activities within the PKK terror organization. Testify in detail about your illegal organizational activities abroad.” This is mind blowing. It is the level of which trials: ‘we know that you had dealing with the devil, please detail your orgies with the devil’. That’s about the level. It is a scandal for the Turkish judicial system and for the Turkish state.

Of course, I know, this scandal is not a Turkish privilege: I was one of the first to declare the war on terror to be a planetary state of emergency. Patriot act, Guantanamo, Abu Graib, waterboarding, extraordinary rendition – I have written about all this ad nauseam. But as I consider all interviews as letters to the Erdogan government, I do not want to give them an alibi: ‘we do the same, so please feel free to go on’. And, as I was one of the most outspoken activists against antiterrorism aberrations in Belgian, I know also there still is a big difference between what happened in Europe and what happens here now in Silivri. We had no exceptional courts; there were no SS style mass arrests and no campaign of fear to silence all free speech, etc. An anti-terrorism law in a democratic state is still a mile away from what it does in a state that is already authoritarian by itself.

After an entire day of arguments by the defence, the five main points were rejected by the court. The first request was the right to speak in Kurdish. The second argument that this was a trial against BDP and not against the persons accused, and that a trial against BDP as undemocratic party should be treated by the constutional court. The third request that all illegal evidence, like telephone tappings, should be removed from the dossier.

The fourth that the case is not matching legal requirements and should be sent back to the prosecution, boiling down to the demand to open a new trial. Finally, the fifth demand: to release all prisoners. After the rejection of all this by the court, especially because of the first one, all the lawyers, some 50 people, walked out. The audience started shouting: “we will not give up” in Kurdish and combat troops came in, but nothing really happened. The courtroom emptied, hands were shaken, even a few kisses exchanged with the defendants over the heads of the jandarma’s as they were led away. On the hot space outside in the sun some speeches were delivered by the lawyers. The trial will last till the 13th of July. No doubt more Kafkaesque situations will arise in this no man’s land of martial law.

Lieven De Cauter is a philosopher, art historian, writer and activist. Catholic University of Leuven, RITS Mediaschool, Brussels, Berlage Institute, Rotterdam, president of the BRussells Tribunal, co-founder of the World Tribunal on Irak (WTI), co-founder of the Platform for Free Speech, corresponding member of the slow science movement. Author of a. o. ‘The Capsular civilization. On the city in the Age of fear’ (2004);  Art and Activism in the Age of  Globalization (2011); and ‘Entropic Empire. On the City of Man in the Age of Disaster (2012). 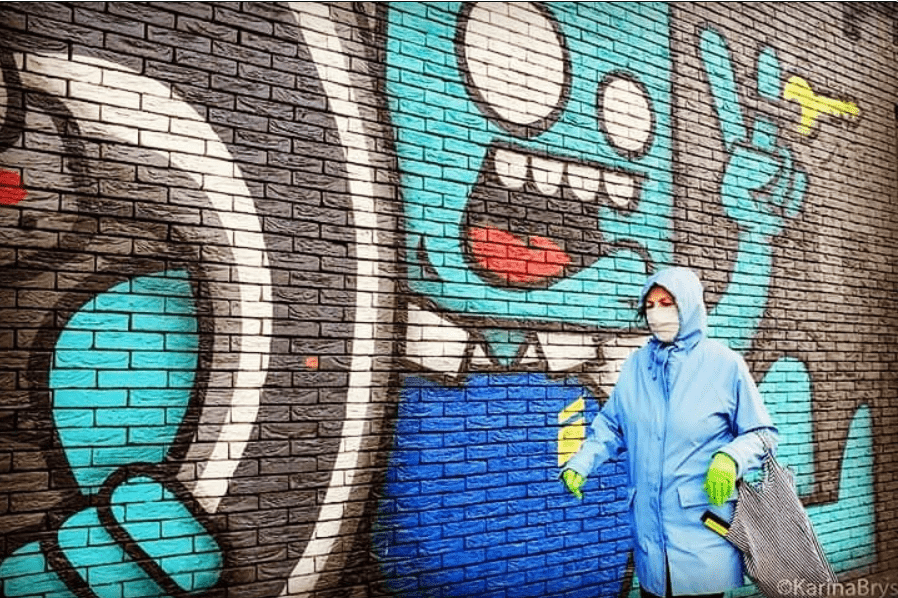 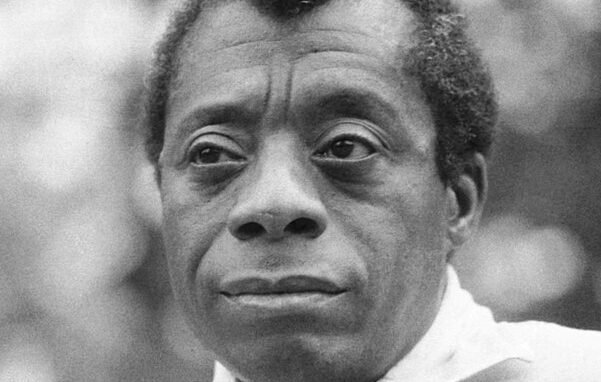 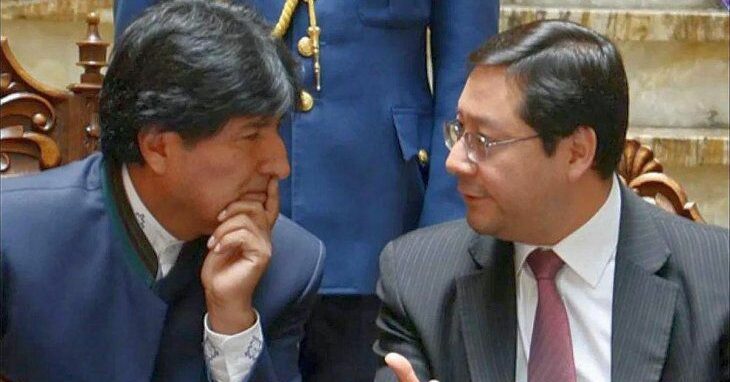