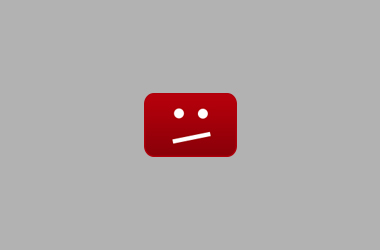 NOAM CHOMSKY: The U.S. and its allies will do anything they can to prevent authentic democracy in the Arab world. The reason is very simple. Across the region, an overwhelming majority of the population regards the United States as the main threat to their interests. In fact, opposition to U.S. policy is so high that a considerable majority think the region would be more secure if Iran had nuclear weapons. In Egypt, the most important country, that’s 80 percent. Similar figures elsewhere. There are some in the region who regard Iran as a threat — about 10 percent. Well, plainly, the U.S. and its allies are not going to want governments which are responsive to the will of the people. If that happens, not only will the U.S. not control the region, but it will be thrown out. So that’s obviously an intolerable result.

In the case of WikiLeaks, there was an interesting aside on this. The revelations from WikiLeaks that got the most publicity — headlines, euphoric commentary and so on — were that the Arabs support U.S. policy on Iran. They were quoting comments of Arab dictators. Yes, they claim to support U.S. policy on Iran. There was no mention of the Arab — of the Arab population, because it doesn’t matter. If the dictators support us, and the population is under control, then what’s the problem? This is like imperialism. What’s the problem if it works? As long as they can control their populations, fine. They can have campaigns of hatred; our friendly dictators will keep them under control. That’s the reaction not just of the diplomatic service in the State Department or of the media who reported this, but also of the general intellectual community. There is no comment on this. In fact, coverage of these polls is precisely zero in the United States, literally. There’s a few comments in England, but very little. It just doesn’t matter what the population thinks, as long as they’re under control.

Well, from these observations, you can conclude pretty quickly, pretty easily, what policies are going to be. You can almost spell them out. So in the case of an oil-rich country with a reliable, obedient dictator, they’re given free rein. Saudi Arabia is the most important. There were — it’s the most repressive, extremist, strongest center of Islamic fundamentalism, missionaries who spread ultra-radical Islamism from jihadis and so on. But they’re obedient, they’re reliable, so they can do what they like. There was a planned protest in Saudi Arabia. The police presence was so overwhelming and intimidating that literally nobody even was willing to show up in the streets of Riyadh. But that was fine. The same in Kuwait. There was a small demonstration, very quickly crushed, no comment.

Actually, the most interesting case in many respects is Bahrain. Bahrain is quite important for two reasons. One reason, which has been reported, is that it’s the home port of the U.S. Fifth Fleet, major military force in the region. Another more fundamental reason is that Bahrain is about 70 percent Shiite, and it’s right across the causeway from eastern Saudi Arabia, which also is majority Shiite and happens to be where most of Saudi oil is. Saudi Arabia, of course, is the main energy resource, has been since the ’40s. By curious accident of history and geography, the world’s major energy resources are located pretty much in Shiite regions. They’re a minority in the Middle East, but they happen to be where the oil is, right around the northern part of the Gulf. That’s eastern Saudi Arabia, southern Iraq and southwestern Iran. And there’s been a concern among planners for a long time that there might be a move towards some sort of tacit alliance in these Shiite regions moving towards independence and controlling the bulk of the world’s oil. That’s obviously intolerable.

So, going back to Bahrain, there was an uprising, tent city in the central square, like Tahrir Square. The Saudi-led military forces invaded Bahrain, giving the security forces there the opportunity to crush it violently, destroyed the tent city, even destroyed the Pearl, which is the symbol of Bahrain; invaded the major hospital complex, threw out the patients and the doctors; been regularly, every day, arresting human rights activists, torturing them, occasionally a sort of a pat on the wrist, but nothing much. That’s very much the Carothers principle. If actions correspond to our strategic and economic objectives, that’s OK. We can have elegant rhetoric, but what matters is facts.

Well, that’s the oil-rich obedient dictators. What about Egypt, most important country, but not a center of — major center of oil production? Well, in Egypt and Tunisia and other countries of that category, there is a game plan, which is employed routinely, so commonly it takes virtual genius not to perceive it. But when you have a favored dictator — for those of you who might think of going into the diplomatic service, you might as well learn it — when there’s a favored dictator and he’s getting into trouble, support him as long as possible, full support as long as possible. When it becomes impossible to support him — like, say, maybe the army turns against him, business class turns against him — then send him off somewhere, issue ringing declarations about your love of democracy, and then try to restore the old regime, maybe with new names. And that’s done over and over again. It doesn’t always work, but it’s always tried — Somoza, Nicaragua; Shah in Iran; Marcos in the Philippines; Duvalier in Haiti; Chun in South Korea; Mobutu in the Congo; Ceausescu is one of Western favorites in Romania; Suharto in Indonesia. It’s completely routine. And that’s exactly what’s going on in Egypt and Tunisia. OK, we support them right to the end — Mubarak in Egypt, right to the end, keep supporting him. Doesn’t work any longer, send him off to Sharm el-Sheikh, pull out the rhetoric, try to restore the old regime. That’s, in fact, what the conflict is about right now. As Amy said, we don’t know where it’s going to turn now, but that’s what’s going on.

Well, there’s another category. The other category is an oil-rich dictator who’s not reliable, who’s a loose cannon. That’s Libya. And there, there’s a different policy: try to get a more reliable dictator. And that’s exactly what’s happening. Of course, describe it as a humanitarian intervention. That’s another near historical universal. You check history, virtually every resort to force, by whoever it is, is accompanied by the most noble rhetoric. It’s all completely humanitarian. That includes Hitler taking over Czechoslovakia, the Japanese fascists rampaging in northeast China. In fact, it’s Mussolini in Ethiopia. There’s hardly any exceptions. So you produce that, and the media and commentators present — pretend they don’t notice that it has no — carries no information, because it’s reflexive.

And then — but in this case, they could also add something else, which has been repeated over and over again, namely, the U.S. and its allies were intervening in response to a request by the Arab League. And, of course, we have to recognize the importance of that. Incidentally, the response from the Arab League was tepid and was pretty soon rescinded, because they didn’t like what we were doing. But put that aside. At the very same time, the Arab League produced — issued another request. Here’s a headline from a newspaper: “Arab League Calls for Gaza No-Fly Zone.” Actually, I’m quoting from the London Financial Times. That wasn’t reported in the United States. Well, to be precise, it was reported in the Washington Times, but basically blocked in the U.S., like the polls, like the polls of Arab public opinion, not the right kind of news. So, “Arab League Calls for Gaza No-Fly Zone,” that’s inconsistent with U.S. policy, so that, we don’t have to honor and observe, and that disappeared.

Now, there are some polls that are reported. So here’s one from the New York Times a couple days ago. I’ll quote it. It said, “The poll found that a majority of Egyptians want to annul the 1979 peace treaty with Israel that has been a cornerstone of Egyptian foreign policy and the region’s stability.” Actually, that’s not quite accurate. It’s been a cornerstone of the region’s instability, and that’s exactly why the Egyptian population wants to abandon it. The agreement essentially eliminated Egypt from the Israel-Arab conflict. That means eliminated the only deterrent to Israeli military action. And it freed up Israel to expand its operations — illegal operations — in the Occupied Territories and to attack its northern neighbor, to attack Lebanon. Shortly after, Israel attacked Lebanon, killed 20,000 people, destroyed southern Lebanon, tried to impose a client regime, didn’t quite make it. And that was understood. So the immediate reaction to the peace treaty in Israel was that there are things about it we don’t like — we’re going to have to abandon our settlements in the Sinai, in the Egyptian Sinai. But it has a good side, too, because now the only deterrent is gone; we can use force and violence to achieve our other goals. And that’s exactly what happened. And that’s exactly why the Egyptian population is opposed to it. They understand that, as does everyone in the region.

On the other hand, the Times wasn’t lying when they said that it led to the region’s stability. And the reason is because of the meaning of the word “stability” as a technical meaning. Stability is — it’s kind of like democracy. Stability means conformity to our interests. So, for example, when Iran tries to expand its influence in Afghanistan and Iraq, neighboring countries, that’s called “destabilizing.” It’s part of the threat of Iran. It’s destabilizing the region. On the other hand, when the U.S. invades those countries, occupies them, half destroys them, that’s to achieve stability. And that is very common, even to the point where it’s possible to write — former editor of Foreign Affairs — that when the U.S. overthrew the democratic government in Chile and instituted a vicious dictatorship, that was because the U.S. had to destabilize Chile to achieve stability. That’s in one sentence, and nobody noticed it, because that’s correct, if you understand the meaning of the word “stability.” Yeah, you overthrow a parliamentary government, you install a dictatorship, you invade a country and kill 20,000 people, you invade Iraq and kill hundreds of thousands of people — that’s all bringing about stability. Instability is when anyone gets in the way. 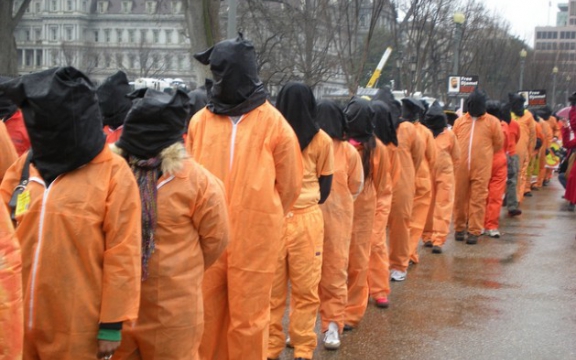 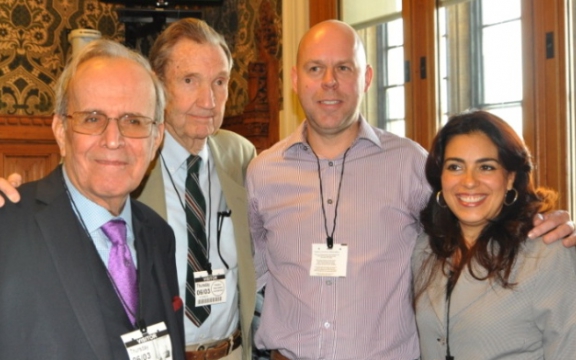 Obama, free the Cuban five! Yes, you can! 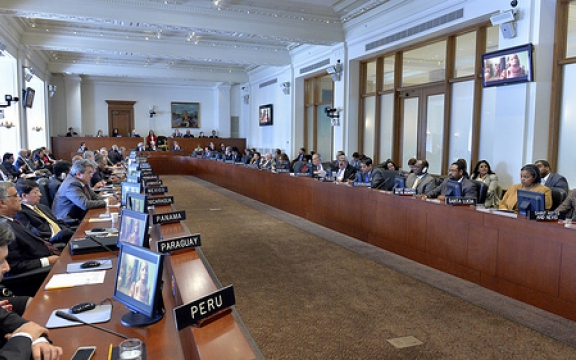 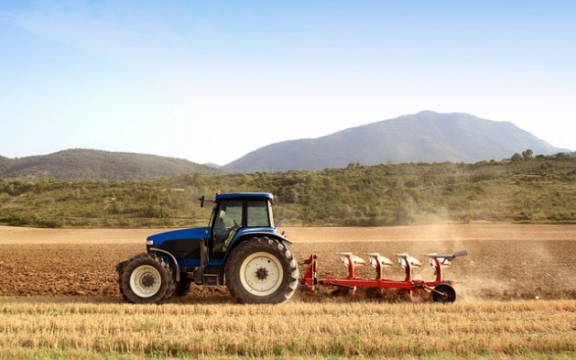 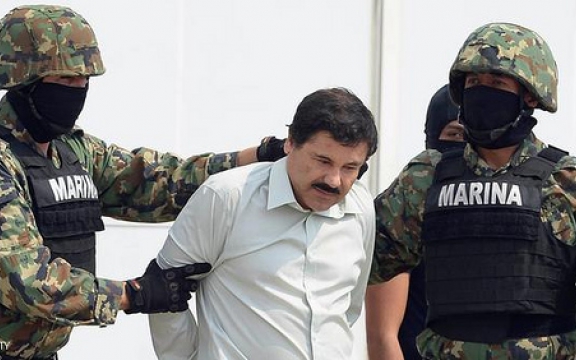 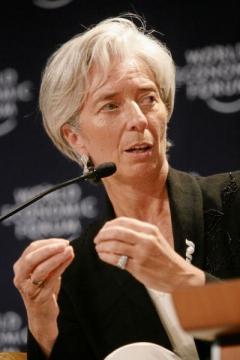 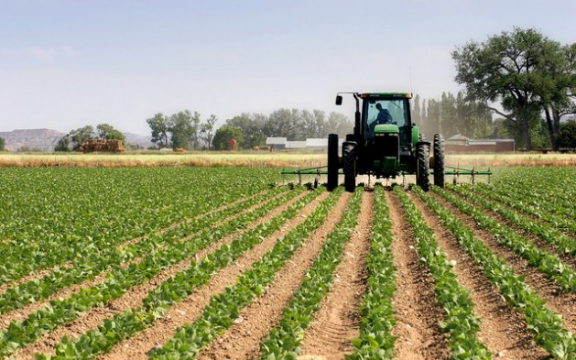 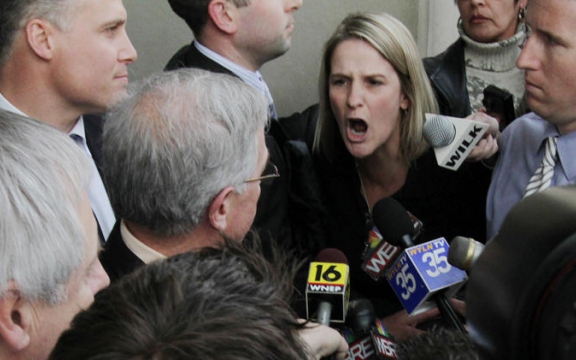